Election 2017: Who will be the Chief Minister candidate of BJP in UP

The Uttar Pradesh election 2017 is one of the biggest showdowns in the political history, which has the hopes of a number of people at stake. It keeps taking intriguing turns, with the counting of votes being in progress. Early trends suggest that Bharatiya Janata Party spearheaded by the Prime Minister Narendra Modi is in the power position. 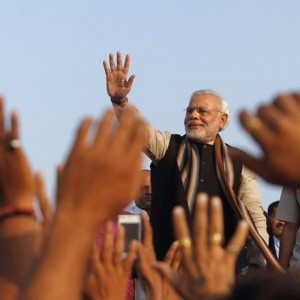 UP Election 2017 seems to be the perfect script of the most dramatic movie ever. Uttar Pradesh holds a very significant in fact the most significant place in Indian politics. UP has always been the central point where Indian politics revolve around. So with no surprises all political parties put their best of efforts to conquer UP elections. BJP itself would not have expected such election trends. They lack a well known local face in UP which requires Narendra Modi and Amith Shah to carry the burden of UP Elections.

The Samajwadi Party under Chief Minister Akhilesh Yadav and Mayawati’s Bahujan Samaj Party are fighting hard at the second and third position respectively. The former has joined forces with Congress; the party which ran a powerful campaign led by Rahul Gandhi against PM Modi in the state. Akhilesh Yadav ousted his father Mulayam Singh Yadav, in a family feud, taking his position as the Samajwadi Party chief, just before the elections. With BJP all set to form the government in UP, the million dollar question is, who will be the Chief Minister candidate of BJP in UP?

At least 202 of the 403 seats are required by a party of alliance in order to form a majority government in Uttar Pradesh. The exit polls predict a clean sweep by the Bharatiya Janata Party in Uttar Pradesh with a historic mandate of over three fourth majorities. It is expected to be the single largest party in the politically crucial state, where it surpassed others in the 2014 Lok Sabha elections. The BJP’s campaign was majorly led by PM Modi, however, the party chose not project a chief ministerial candidate and seek votes. Having no CM face in the election campaign, the party relied solely on the campaigning skills of Narendra Modi and Amit Shah.

With the results being just around the corner, the main question which arises is that who will be the Chief Minister candidate of BJP in Uttar Pradesh. The possible CM faces from the BJP camp include Rajnath Singh (The Union home minister of India), Keshav Prasad Maurya (the BJP president in Uttar Pradesh), Dinesh Sharma (the mayor of Lucknow and the party vice-president in Uttar Pradesh), Yogi Adityanath (the firebrand leader of the party and a prominent face of the Hindutva campaign) and Manoj Sinha (the current Telecom Minister), among others.

The result of the election will also be seen as a referendum for Prime Minister Narendra Modi’s move of demonetization that has dominated India’s economic landscape since the past few months. However, the consensus of opinion appears to be favoring BJP.

While everyone hopes for the best party to win and fair-play to prevail, only time will spill the beans and reveal the triumphant.