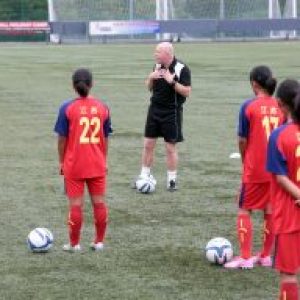 and educated workforce is important for the development of every nation. Haida HR  a recruitment company has combined innovation with sustainability to recruit foreign and local talent side by side.
Having established itself as a well-known recruiter, the company has certainly turned the tables in the last decade. By recruiting foreign teachers, they have been able to uplift the education system of China. A number of students have benefited from this idea. Not only students but the teachers have also reaped rewards for coming out from their comfort zones. They have been offered a healthy package by Haida HR, along with a number of other services.
These initiatives have supported the Chinese government’s decision to attract foreign people to the country for the better development of the Chinese workforce. Having taken a number of steps in this direction, the government is willing to create a balance between the foreign and local recruitment.
Recently, Chinese authorities conducted a recruitment fair, where 10,000 jobs were offered to foreign people. The leaders of the country have understood the importance of adopting a new work culture. However, it tough to accomplish the task without the support of leading recruitment companies like Haida HR. The top recruitment company in China has been instrumental in changing the mindset of the young generation to strive for a brighter future. By recruiting over 2,000 foreign teachers, they have benefitted more than 50,000 students in last 20 years. They have supported the recruitment drives conducted by the government.
Apart from this, the company envisions a strong sporting culture in China. They are backing the government’s decision to try and make China a successful football team by 2050.The company’s football program has played a big part in changing the sporting landscape by recruiting certified football instructors, who are providing a platform and conceptual understanding of the sport to the young football enthusiasts.
The national football team is currently standing at 88th position in the World FIFA rankings. The authorities are worried at the current football structure in the country. They have now decided to hire foreign coaches to usher in a change. The government’s scheme of involving 50 million children and adults in football by the end of the decade, has been supported significantly by Haida HR.
The current era demands better factual and linguistic understanding. It is important for authorities to encourage the students to work on both these aspects going forward.This is where the role of recruitment companies like Haida becomes very important. They are not only helping the youth to make a mark but are also helping the country to become a recruitment hub for foreign talent.