Live-in, this word has of late become quite popular in India as well. And, it won’t be wrong to give a little bit of credit to our Bollywood for this change. From on-screen to off-screen, the celebs in tinsel town are found flaunting this tag everywhere. Some live-in relationships materialise into marriage like Saif and Kareena’s while others just fizzle out with time like John and Bipasha’s. Here is a look at some of our desi celebrity couples, who are still the best of roomies, and also a few who propagated live-in relationships before tying the knot. 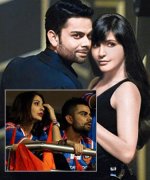 Virat Kohli and Anushka Sharma made everything clear about their relationship to the world very recently. It was during a match, when Virat blew a flying kiss to Anushka after achieving a milestone. And now if the reports are to be believed, the couple is planning to move in together. According to a leading daily, Anushka has rented a flat near her Versova apartment, in Mumbai, so that the young couple can spend more time together. 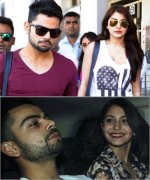 Virat Kohli, was quoted at a recent event as saying, “It is out in the open and we are not trying to hide anything.” However, Anushka still seems to be preferring privacy, as she recently stated, “Being public figures, your relationship becomes a topic of entertainment for people, and for me that is not comfortable situation. It is something personal and pure for me.”
Well, with reports of them moving in together, we are sure that soon their fans will have all their questions answered of whether they are dating or not. 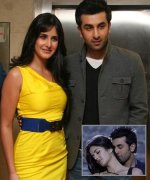 Ranbir and Katrina are the latest pair to join the list of Bollywood couples who are in a live-in relationship. If the latest news circling around the B-town is to be believed the couple has moved in together in their new flat, in suburban Mumbai. It is allegedly the same flat that they had bought together a couple of months ago. But, their plans of moving-in together got postponed apparently because of Rishi Kapoor’s illness. 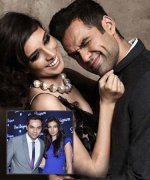 For an actor who cares a damn about stereotypical “hero” roles on-screen, it is really not surprising to see him taking the unconventional path in real life also. On the talk show, India’s Most Desirable, Abhay confessed about his live-in relationship with Preeti Desai, a former Miss Great Britain. 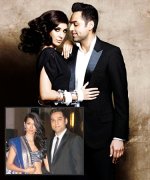 Abhay Deol has even went on to say that he might never consider marriage. “I think marriage is a cultural thing, it’s my opinion that nature doesn’t tell someone to get married. I may or may not get married but I will settle down in a live-in,” confessed Abhay. 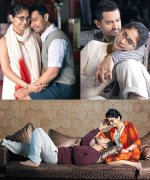 Kiran Rao once said that she was not sure about marrying Aamir, until she moved in with him. That was when she realised that they had so much in common despite having their own ideologies. This couple connected on a more intrinsic level. 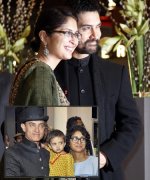 In an exclusive interview to Verve, Aamir said, “Kiran had a certain positive effect on me. I started getting serious about her when I asked her to move in. Otherwise I would not have done that. We lived together for a year and a half before getting married.” 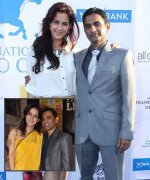 Actor Tulip Joshi found love in Captain Vinod Nair, a life coach and etiquette expert. Nair was married for a brief time before he met Tulip and the couple have been together for the past ten years. In an interview with Nisha Jamwal, a famous writer, Tulip said that it is not marriage but commitment that is important. “I feel commitment is more from the heart, a certificate does not count,” she confessed. 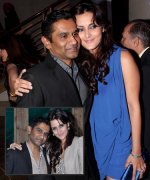 Tulip has also added that a clerk sitting in a marriage registration office drinking “masala chai” is nobody to empower her relationship with a stamp. The couple says that they are more committed than many married couples, who live through a sham for outer appearances. 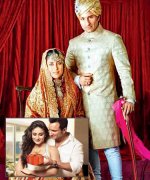 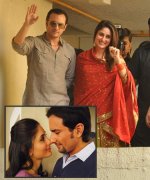 Kareena has been quoted as saying, “I have tried and tested the live-in relationship formula and now I can personally endorse it for modern Indian couples. And live-ins is a reality in modern India. I am a modern woman and I am glad I could live up to what I believe in.” 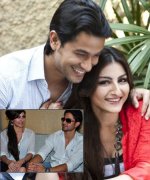 Following the footprints of her brother, we have Soha Ali Khan. Actors, Soha and Kunal, have never been secretive about their relationship. Soha says that trusting and loving a person enough to move-in with him is a commitment equal to marriage. When you trust a person to that extent, signing the paper is no longer significant. 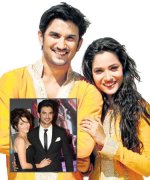 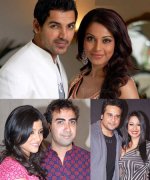 Apart from the above list, there are many other celebs also who advocated this formula. John Abraham and Bipasha Basu lived together for around nine years before calling it quits. Konkana Sen and Ranvir Shorey were in a live-in before getting married. Not just B-town, even TV stars like Kashmira Shah and Krishna Abhishek, Sanjeeda and Aamir Ali, all have tasted the live-in fruit.