Amway: Tale of two friends and one shared destiny

It was in the year 1950 when two school friends Richard DeVos Sr (1926-2018) and Jay Van Adel shared the idea of someday starting their own business. After many failed ventures, the duo struck on the idea of Amway (abbreviation for American Way) in 1959.

Their first product by the name of Amway L.O.C (Liquid Organic Cleaner), became an instant hit with in America because of its bio-degradable components and utility.

1960-1969: Amway opened its first international office in Ontario (Canada), and London (the UK), from here, it began it’s expansion in 80 countries. It’s sales reached $50 Million in 1967, and after much anticipation, the company launched its trademark brand “artistry” with 11 products and 37 shades, becoming one of the leading cosmetic brands of the world. 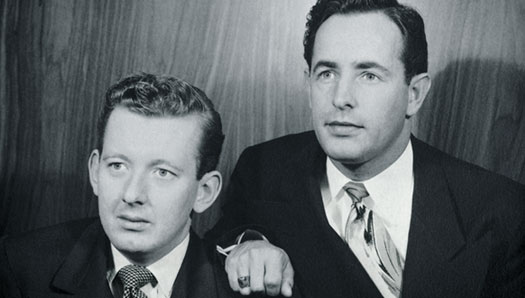 1970-1979: Amway opened its office in Sydney, Australia that was inaugurated by co-founder Jay Van Adel and Rich DeVos. In the same year, the company acquired Nutrilite brand dealing primarily with health. Nutrilite not only profited, but went on to become the world’s leading seller of health supplements.

2000-2009: Amway entered the Millennium era with a campaign for the underprivileged children across the world by the name of Amway One by One. The main vision of this program was to meet the overall living expenses for more then 3,000+ children in developing countries and to encourage employment. In 2008, It’s Nutrilite opened its optimal center in California, USA, which was run by experts to help people attain overall health. With the same achievements, it celebrated its 50th anniversary in 2009.

2010-2017: Amway propelled its entertainment center in Orlando, Florida USA by having 20,000+ seats, becoming home for Orlando Magic basketball team. In 2012, Dick and Doug DeVos were inducted in the Hall of Fame of Direct Selling Association of America. Amway Philanthropic program ‘Amway One by One program for Children’ reached the milestone of helping 10 million children across the continents. With this it, invested over $375 Million in manufacturing and R&D expansion worldwide, which includes four abilities in USA, one in India, and second sites in China and Vietnam.

On September 6, Amway Co-founder Richard DeVos passed away, leaving a legacy that still bond people from different continents together.

One Response to :
Amway: Tale of two friends and one shared destiny