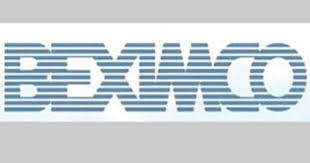 Over the years, the Group has majorly evolved from being predominantly a commodities trading company to a top, diversified company operating across various sectors. At present, the company’s revenue accounts for nearly 75% of Bangladesh’s total GDP. The Group’s aim is to “Taking Bangladesh to the World.”

Mentioning the corporate success and creation of shareholder value, the Group persistently makes considerable contributions towards Bangladesh’s civilization. Sponsored organizations include “Proyash”, a dedicated institute that operates to ensure the holistic development of children with special educational needs and “Gono Sahajjo Songstha”, an institution that provides education to the deprived.

To educate and guide children with individual needs, the Beximco Group along with Army has been drafting plans to establish branches of its special school Proyash, to ensure the well-being of children with special needs, in all the cantonments across the country. The school, whose theme is Special Child Special Right, has already been established as a global standard educational institution for special children.

At Proyash, there is a specialized intervention clinic to conduct medical and neurological assessments and take Audiology exams.

Currently, there are 491 students in the school and 500 more applicants are seeking admission to the school. Proyash was set up on 5.44 acres in Dhaka Cantonment. The school started intake of civilians’ children in 2009. The institute is also working to generate awareness about disability in Bangladesh; develop quality teachers, therapists and caregivers; and empower persons with disabilities to ensure equal opportunities and promote rights of children with disabilities.

The Group was an official sponsor of the Bangladesh National Cricket team for the ICC Cricket World Cup 2011 and also the official title sponsor of the FIFA friendly match between Argentina and Nigeria held in September 2011.

A versatile personality, Salman F Rahman (সালমান এফ রহমান) has played a key role in transforming the Beximco Group from a small trading company to being the corporate leader in Bangladesh. He is also attributed with being indispensable in the empowerment of private sector in the country.