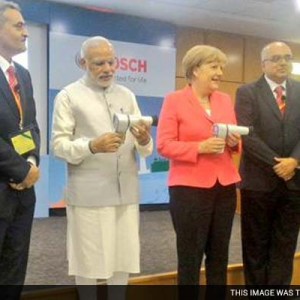 Much is being said about the 2016 GST bill in the media by various politicians, most of them criticizing Pm Narendra Modi on unsubstantial issues. It seems as if the entire idea is to give rise to a chaotic air and cloud the benefits or disadvantages of GST bill and a sole focus on politicizing the issue. Pawan Bansal of Altius Finserv thinks it is extremely important for the hoi polloi to be aware of the implications of this bill.

The current government wants to introduce a landmark goods and services tax bill by next year. This is being done to curb retrospective taxation, in a bid to woo foreign investors to Asia’s third-largest economy. This has been done in order to improve ‘Ease of doing business’ in India.

At an Indo-German summit in Bengaluru, Mr Modi said, “We have introduced the GST bill in Parliament; we are hopeful of rolling it out in 2016. We want to make sure our tax regime is transparent and predictable. We are also keen to see genuine investors and honest tax payers get quick and fair decisions on tax matters. “At a time of global slowdown, India represents a bright spot for investments.”

This words coming directly from the PM of India would help in bringing more business and investments to India, thinks Pawan Bansal, the Managing Director of Altius Finserv.

These words were spoken by the Indian Prime Minister at a Nasscom event which was the concluding part of German Chancellor Angela Merkel’s 3 day visit to India.

The GST bill aims to replace a string of central and local taxes such as excise and octroi with a single tax. The bill has been passed by the Lok Sabha but could face tough opposition in Rajya Sabha.