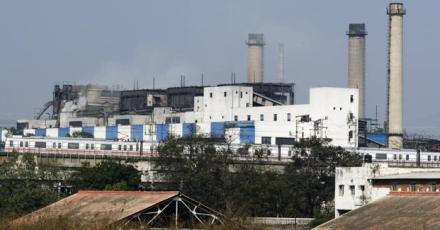 What all factors contribute in a Nation’s development? Its people, people’s Personal Disposable Income, taxes paid by people, political stability, literacy rate, young labour force, and most importantly, infrastructure. Without the basic infrastructure and up to the mark global standards considered in developing them with the help of advanced technology, a Nation’s development is put on halt.

India is one of those Nations, whose development is comparatively slow from other Nations due to the lack of proper infrastructure facility. India undoubtedly is a leading Nation when it comes to a hardworking young labour force and political stability but there is a need to establish wholly dedicated institutions, which would look after the corporate bonds for enhancing the credits.

Finance experts of Asian Development Bank feel the same along with Don Lambert, who is a senior finance specialist at South Asia’s Regional Department at ADB. The latter showed his concern on the matter in his official ADB blog as well by highlighting the need to establish such institution to bring more funds.

With recent settlement of Rs 1.3 billion bond by Hindustan Powerproject Pvt. Ltd., to refinance its solar power plant in Gujarat‘s Porbandar, the Chairman of HPPPL, Ratul Puri marked his active participation in the race to contribute in India’s development. Ratul Puri agrees with finance experts and development analysts that India need to focus on its infrastructural development.

Development is a critical and expensive process according to Don Lambert, for which India would need to explore every region and consider each option for attracting investors and finances towards India’s energy, transport and other key infrastructure sectors.

The Federal Government is also expecting a great infrastructure investment of Rs 65 trillion during its 12th FYP (2012-2017). Let’s see how much time India takes to reach the ultimate goal of “Developed Nation”.

One Response to :
Ratul Puri contributing his part in India’s development