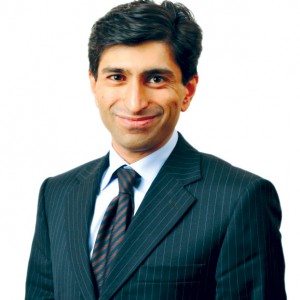 We all want to see a superhero at some point of time in our lives, who has the super powers and save the World. But that is not possible. Or is it?Well, the concept of Superhero can be turned into reality with the perception to acknowledge one. We have had numerous superheroes in our lives, MK Gandhi was one; and so were Aryabhatt and Chanakya. With their wisdom and a unique approach to cope with problems, they catered the needs of the world which couldn’t be done before.Today those superheroes are called industrialists and entrepreneurs, who are transforming the dream world into a bright tomorrow where everything is convenient and beyond the expectations of a layman.

Recently, one of those superheroes emerged at the Asian Power Awards 2015, which took place at Bangkok, Thailand.Being the Chairman and BOD of Hindustan Powerprojects Pvt Ltd, Ratul Puri highlighted the rapid growth in the Indian power sector and expressed his gratitude towards the Government and its timely intervention. The ‘Powerman’ highlighted the importance of planning a long-term sustainable business model, which ensures the probability of success. That’s’ what made Hindustan Power to reach at this spot today. It was impossible to achieve without the teams and their dedication and that is the reason he thanked each that person who played a major role in making the organization as one of the leading power players in the country.

Tim Charlton of the Asian Power congratulated the award winner Ratul Puri by highlighting the significance of the last decade and counting the achievements during that time period, which helped India to attain that acknowledgment in the World, which the Nation deserves.We need more superheroes like Ratul Puri, who can make India stand on the pedestal of ‘World’s Best Economies’.