Ruchi Soya Industries Ltd could be a new addition to Patanjali

There’s a chance the famous red Nutrela box that we all have been buying since the 90’s may have Patanjali’s name on it in the future. Ruchi Soya Industries Ltd recently made news due to its insolvency proceedings. On April 6, the National Company Law Tribunal (NCLT) registered Ruchi Soya Industries for insolvency resolution under Insolvency and Bankruptcy Code (IBC).

Other than Patanjali, major bidders include Godrej Agrovet, Emami, ITC, Phoenix ARC, Sakuma Exports, 3F Oil Palm Agrotech, and AION Capital Partners. Reportedly, the FMCG giant has made a Rs 9,000 crore bid to acquire Ruchi Soya, which was later denied by Patanjali spokesperson SK Tijarawala. “Yes, Patanjali is interested in acquiring Ruchi Soya Industries Ltd since we want to make use of their idle installed capacity but we have definitely not placed a bid for Rs 9,000 crore,” he said. 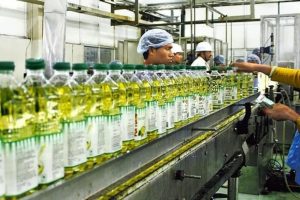 The company found itself in this dire situation due to volatility in global commodity prices and the fall in production due to severe drought. Operational inefficiencies and low demand in export markets were also key factors leading to heavy losses.

Ruchi Soya Industries Ltd reported a loss of Rs 2,883 crore at the end of the third quarter on September. December marked another depressive quarter with losses amounting to Rs 1,956 crore. This could be the end of a glorious company that gave vegetarians a healthy alternative to protein-rich meat products. Hopefully, this won’t compromise the quality and taste of the original Ruchi Soya items.