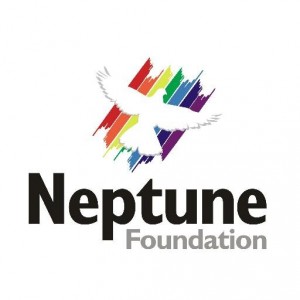 Neptune Foundation, apart from being a part of various social activities, is actively involved in the rehabilitation of mentally challenged destitute. It picks them from their location when informed about them or when its qualified and trained social workers trace them. After that, those mentally challenged people are admitted to Thane Mental Hospital for treatment and once the patients get recovered they are united with their families

One of the important achievements in this reunion by Neptune Group is that the family, neighbors and friends are instilled with faith upon seeing their relatives in a much better psychiatric condition, and now they have strong belief that psychiatric problems are treatable. Knowledge is generated and shared, myths about psychiatric problems are broken, and above all hope is kindled. Neptune Foundation by Neptune Group has a core strategy of focusing on grassroot awareness of the treatability of mental disability as the backbone of our functioning.

Through its CSR initiatives, Neptune Foundation has set up an example for many others to follow. The company has fully realized its duty towards the society which comes as a counterpart of the greatness it holds in the market.

Neptune Group has a strong belief that this approach and the propagation of knowledge help reduce the incidence of untreated mental problems and safeguard them from entering hazardous and vulnerable situations in life. Neptune group has shared one of such events: The letter from the endorser of a reunited destitute, who apart from coming forward to help the needy wrote very touching heartwarming words to commend the group’s work. It is quoted below:
[blockquote type=”top”]

I would like to thank you for the prompt response, and the swift action taken in handling the case (2 days). I was wondering who would help this mentally challenged destitute, and really ignored his presence in our locality for almost 3 months.

I think many people want to help these people, but do not know what step they should take to help them. They helped by offering them food, water and money. But more than that, they need timely help to get back to normal life.

Your staff was well trained and capable of handling the mentally challenged man. All the shopkeepers in our locality thanked me for helping this man, and I feel elated. They were offering him all materialistic help, but were not aware of institutions like yours. Thanks for this extraordinary service to mankind, and more for the hassle free process. It was just my 1 phone call to you, and everything was mobilized.

I thank you for your service, and would definitely refer more such cases to you.

Through its CSR initiatives, Neptune Foundation has set up an example for many others to follow. The company has fully realized its duty towards the society which comes as a counterpart of the greatness it holds in the market.

7 Responses to :
Destitute Grateful To Neptune Group For Help