Television channels are broadcast via cable, satellite, the internet and traditional broadcasting. With subscriptions and advertising earnings combined, India’s television sector generated roughly 788 billion rupees in 2019. By the end of this year, the combined revenue of ads and subscriptions is expected to reach Rs 344 billion and Rs 415 billion. Because overall TV connections would continue to rise at a robust rate of over 5 per cent, reaching 67 per cent of Indian households by 2025, television will continue to be the leading source of advertising revenue. As wired broadcast is perceived as a utility, the industry is expanding and new channels keep coming up. Vibhu Agarwal, the Founder and Group CEO of Atrangii TV, after establishing his own Indian television channel, ATRAGII TV, explains step by step the process for starting a TV channel in India. He talks about the details like channel license, TV channel registration fees, the investment required, documents required and much more. 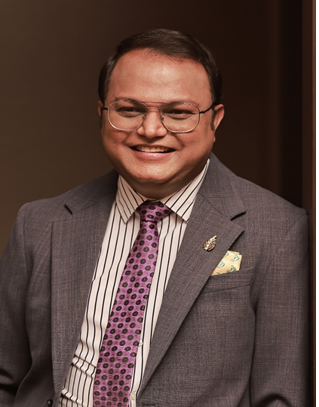 Today, television is one of the most widely used forms of mass communication. It is on par with newspapers and is next to the Internet. People have become increasingly aware of television and the services it provides as the number of channels has increased. They can now pay for what they want to watch and even when they want to watch it. “Television is as personal as it is universal. Every individual subscribed to TV perceives it differently while hearing and seeing the same thing. Therefore, numerous channels in the same genre may provide content that is significantly different,” says Vibhu Agarwal, the Founder and CEO of Atrangii TV.

In this view, the number of TV channels is increasing, as is the substance and variety of programmes available. Above all, with the advancement of technology and the merging of television and the internet, people now have access to the most up-to-date information available. Vibhu Agarwal informs, “Starting a new TV channel is not an impossible task to do but it surely is a tedious one. Prior to 2014, registering cable television networks was easy because anyone or any company could start and run a channel. The Ministry of Information and Broadcasting established stricter standards in 2014 to prevent non-serious candidates from entering the Indian broadcasting industry.”

Only enterprises with a net worth of Rs. 5 crores are permitted to launch their own television station. If the company wants to run a news station, it needs to have a net value of at least Rs. 20 crores. After the television channel begins showing programmes, it is up to the authorities to figure out how to generate cash. The primary goal of most television networks is to make money. “Companies must emphasise their revenue sources in order to achieve this. Advertisements are a television channel’s principal source of revenue. The owners of television channels are able to sell advertising slots and generate money. Broadcasting sponsored programmes are another source of revenue. Channels now have another revenue stream, DTH hookups. Television stations can monetise their programming by selling it to DTH providers,” informs Vibhu Agarwal, the CEO of Atrangii TV.

In conclusion, though launching your own channel may appear to be a difficult endeavour, it is possible to launch a successful cable network with adequate business planning and a devoted technical and legal team.