80% of Indian NGOs Collaborate with the Government 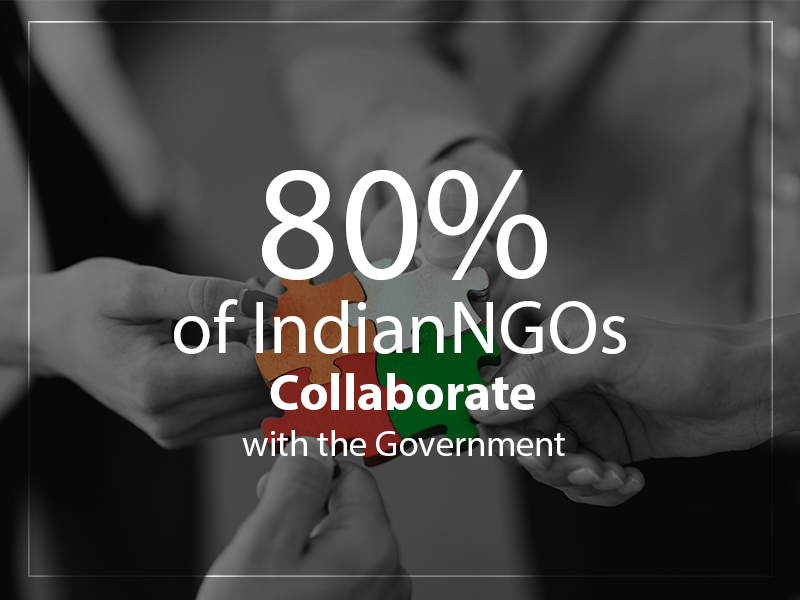 Indian NGOs have a bad reputation of being ‘anti-national’ hubs, which launder money for black money hoarders and foreign intelligence. Thanks to a study done by the Bridgespan group, published in the Stanford Innovation review, NGOs can wave good bye to those intrusive arguments that hindered their good work in uplifting the society. According to the study, 80% of the NGOs support and collaborate with the government to function. They explicitly mention Akshaya Patra, the mega-kitchen.

Bridgespan quotes, “They seek either to fill gaps in existing programmes, like Akshaya Patra’s assistance with providing mid day meals to school children, or to spur innovation by example (Agastya’s hands-on learning programs in science, technology, engineering and math delivered to government schools by van or motorcycle).” The philanthropy advisory group studied 20 desi non-profit organizations and discovered five chronic mindsets that NGOs use to increase their outreach.

The first mindset, ‘denominator’ maps the entire size of an NGO’s need. The numerator is the need that NGO currently satisfies. The non-profits focus on the denominator to expand the need-base. The second mindset addresses ‘dignity’ where they concentrate on safeguarding an individual’s self-respect and esteem. NGOs do not catalog and reduce the human experience in mere ‘numbers’. The radical frugality mindset has the NGOs optimize their expenses.  The innovative hiring mindset pushes the organizations to look for skilled people and a promising talent pool. The last and the most important is the collaborative mindset. Indian NGOs promote collaboration with the government instead of disrupting the operations, unlike in western countries.

The best example has to be Akshaya Patra for this study. The Indian government sought Akshaya Patra’s help in 2003 to facilitate the newly launched mid-day meal scheme.

Currently this national NGO services 1.6 million children in more than 13,557 schools across 11 Indian states. They have a transparent process of food preparation that meets all health, food safety, and quality standards.