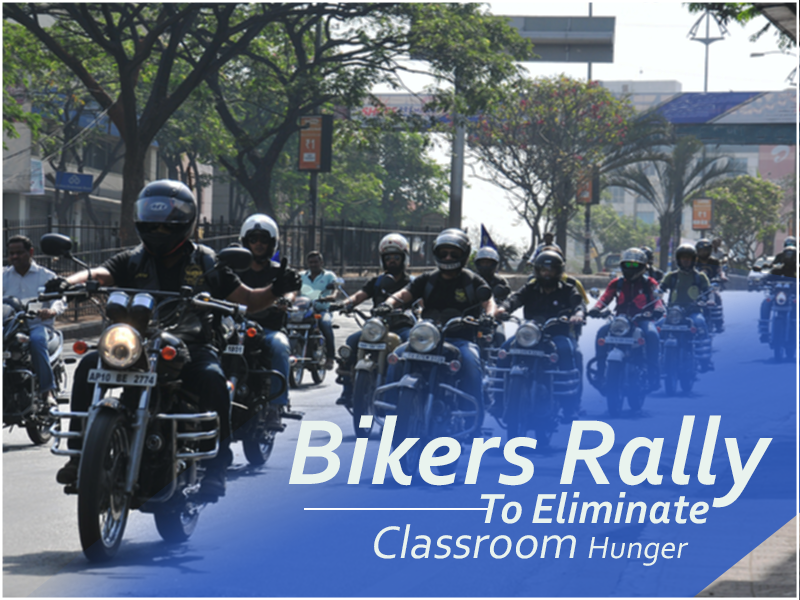 Flags bearing the message ‘No child in India shall remain derived of education because of hunger’ flickered in air as the bikes with thunderous rumble took off for a rally organized by Akshaya Patra in Hyderabad.

Executive Director of Akshaya Patra, Sridhar Venkat briefed the audience about working of APF kitchens and how stringently they maintain a high standard of quality of food incessantly.

Chanchalapathi Dasa, Vice Chairman of APF, pointed up the philosophy behind the Foundation’s vision and mission. Chairman of APF, Madhu Pandit Dasa highlighted the significance of providing a nutritious meal to deprived children who are the future India. The session was overall quite instructive for the audience. Satya Gaura Chandra Dasa, President APF—Telangana and Andhra Pradesh among others were present at the flag-off ceremony.

All the volunteers put up their hand to support the Akshaya Patra’s rally since it was for an initiative for children.