With the increase in the number of patients with diabetes in India, The country’s health is threatening to become a major source of concern. After the laws on tobacco and alcohol went strict, experts stipulated increased taxes on sugary drinks, which, on consumption lead to insulin resistance.

A recent study by Lancet, a peer-reviewed medical journal concluded China, India, and the USA to be among the top three countries with a high number of diabetic populations. In China the numbers rose from 20.4 million in 1980 to 102.9 million in 2014. India witnessed an even drastic change with the rise from 11.9 million to 64.5 million between the years 1980 and 2014. 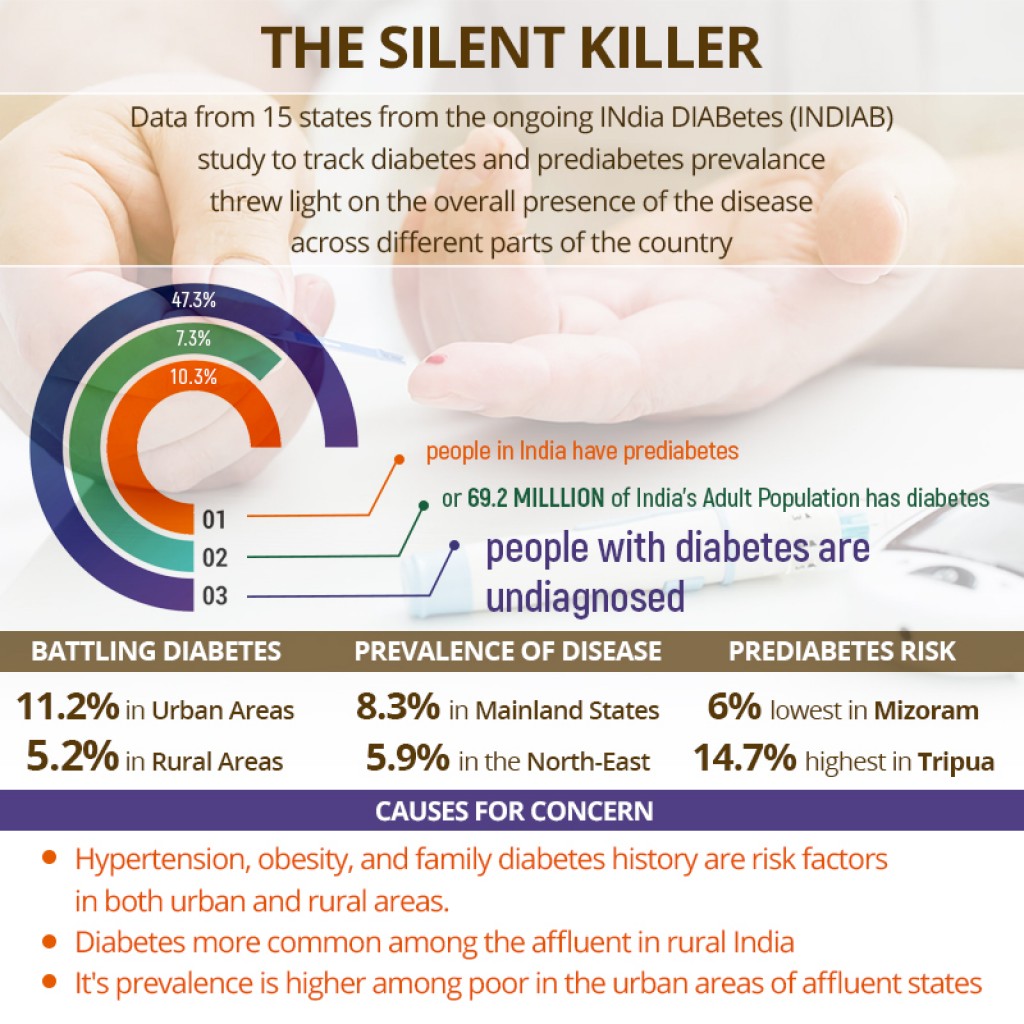 The Indian Council of Medical Research studied a data of 57,000 people across 15 states. The frequency of pre-diabetes (being mediocre diabetic) was 10.3% across the entire 15 states, varying from 6.0% in Mizoram to 14.7% in Tripura. The dominance of pre-diabetes is known for its ‘impaired glucose tolerance’.  An originator to diabetes is 1.4 times higher than the diabetes normalness of 7.3%, according to the Indian Council of Medical Research.

In Around 70 million people, 47% are undiagnosed and do not know they have high levels of blood glucose, that if left untreated, can lead to major complications. It can further result in blindness, Kidney failure, and other serious problems.

This trend is a matter of great distress. It suggests that the diabetes outbreak is spreading to individuals who can least afford to pay for its management and if the trend continues the sugary future would lead to bitter India.

Going by the trend, Diabetes would be the seventh largest killer. “Though governments, communities, and individual are making efforts, the efforts are not proven worthy”, says Dr Poonam Khetrapal Singh, the regional director at WHO South-East Asia.