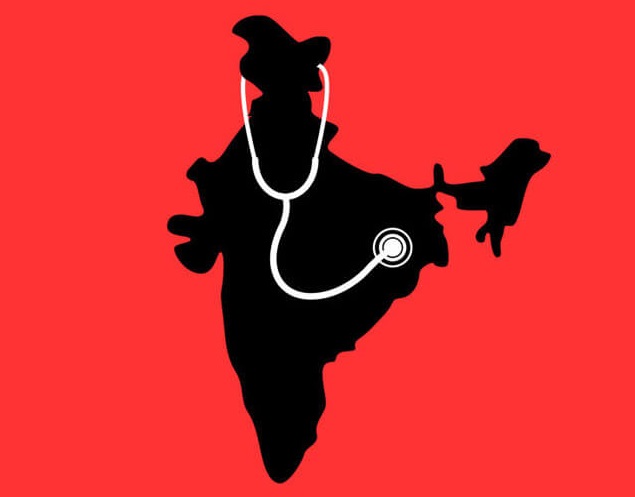 India’s ambitious healthcare scheme Ayushman Bharat will be rolled out in alliance with state health plans. With the states not giving up their own brand of health programs, this decision to include it under the umbrella program was obvious.

Ayushman Bharat aims to provide an annual health cover of Rs 5 lakh to 10.74 crore families. According to Indu Bhushan, the CEO of Ayushman Bharat, 1,53,000 health and wellness centres will be set up across the country under the preventive health component.  The beneficiaries will be identified on the basis of deprivation and occupational criteria, as per the socio-economic and caste census 2011 data.

In order to roll out the scheme, a MoU has been signed with 15 states and everything has been built into the document. In West Bengal, the programme will be in alliance with Swasthya Sathi scheme, providing opportunity to leading private hospitals like AMRI Hospital, Apollo Hospital, Columbia Asia Hospital, Desun Hospital, etc, to build on the state’s major healthcare scheme in accordance with Ayushman Bharat.

Swathya Sathi was announced on February 17, 2016 and officially launched on December 30, 2016. The scheme provides basic health cover for secondary and tertiary care, up to Rs 1.5 lakh per annum. All the pre-existing diseases are covered in the scheme. It also comes with real-time uploading of e-health record of the beneficiaries on discharge. Besides, this the scheme has an online grievance monitoring mechanism and an android-based Swasthya Sathi mobile app for assistance to beneficiaries.

All the state health schemes will continue to run. The Centre will pay 60 per cent of the premium for beneficiaries where the existing list of beneficiaries is larger than the beneficiary list as per SECC data. In order to identify the beneficiaries and prevent frauds, the process of verification is important.

There are enough hospitals mapped for empanelment in West Bengal, which include popular hospitals like Apollo Hospital, AMRI Hospital, Desun Hospital, Columbia Asia Hospital, etc. These Hospitals will have a software and hardware to verify the eligibility of a person.

Apart from this, the state health agency will be needed by the states to implement the scheme. The total expenditure will depend on the actual market-determined premium paid in the states or UT’s.

According to the experts of the industry, Ayushman Bharat healthcare scheme can prove to be decisive in making the healthcare affordable and available to the unprivileged. Also, the decision to roll out the scheme with state health plans will only boost the ambitious program in the future.