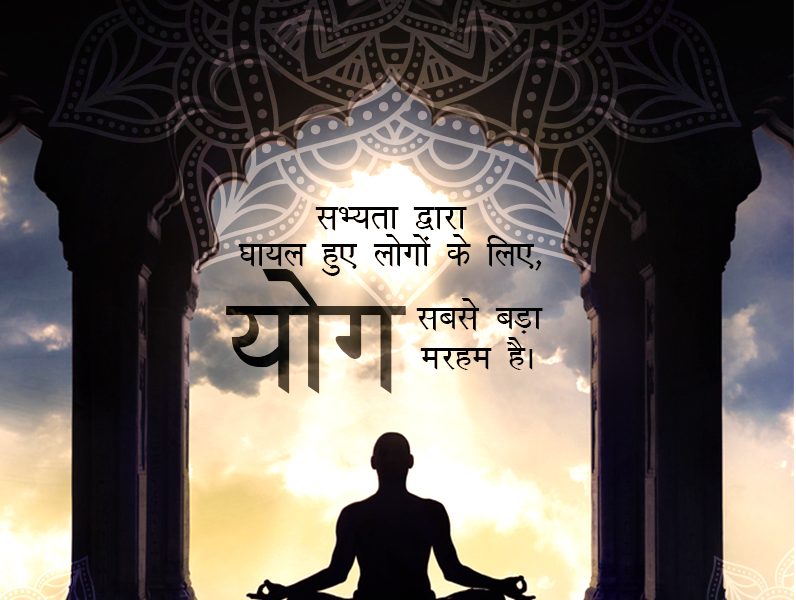 A day to acknowledge and invest in the wide-ranging benefits offered by Yoga— International Yoga Day is celebrated on June 21st every year. This effective form of mind-body healing got formally recognized by the United Nations General Assembly on December 11, 2014.

Celebrated as a worldwide event, International Yoga Day witnesses a number of people practicing yoga, meditation, debates along with a variety of cultural performances dipped in the hues of enthusiasm and fervor. It aims at raising awareness about the extensive benefits of practicing yoga across the globe.

Believed to be originated in India about 5,000 years ago, the traces of yoga postures can be found in the stone-carved figures of ancient India. From the Upanishads comes the notion of yoga as a ‘power’ to transform human consciousness by controlling the body and senses. Its history can be traced back to the very dawn of Indian civilization.

One of the world’s oldest forms of healing, yoga is based on higher levels of consciousness and one’s sense of self which can replenish your energy for sound health. Its impact on various aspects of our life is said to be clear and irrefutable. People practicing yoga are contended, healthier, tend to have better perspectives, and are much more enlightened than others.

Sanjay Dalmia, the well-known entrepreneur who happens to be a keen yoga enthusiast, reckons it as one of the most treasured gifts of India’s ancient tradition. “Yoga is an integral part of Indian culture since ancient times. It has become an international festival today which is a matter of great pride for all of us,” quipped the maverick entrepreneur.

“As a holistic approach to health and well-being, it promotes harmony through self-healing. When a person is in harmony, his life journey becomes calmer, contended and all the more fulfilling. On that note, wishing you all Happy International Yoga Day,” added Sanjay Dalmia.

With the concept of International Yoga Day garnering global attention, this practice of holistic healing has cleaved into a number of schools of teachings and avenues. Basically, its notion transcends all the materialistic aspects, and is based on a sense of connection to something bigger than oneself.

Partially understood as being limited to asanas, Yoga plays a major role in harmonising the mind, body and soul as well. Considering its extensive benefits, it is perhaps the time we start looking for all the good in these ancient Indian practices like Yoga to attain the path of rejuvenation and salvation in life.  On that note, lets come together to embody its essence and celebrate the spirit of the day. Happy International Yoga Day!