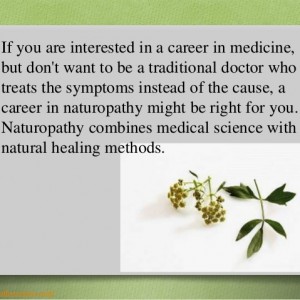 Starting a career as Naturopath in AMCC Calcutta

When a visionary like PM Narendra Modi puts his faith in something, then it must be worth the praise. And when he further recommends to Delhi Chief Minister Arvind Kejriwal to cure his infamous cough, then it is definitely something trustworthy. Yes, we are talking about naturopathy. Naturopathy isn’t new to India. Our ancient scriptures have vividly mentioned about it. But with time, its significance diluted when we started focusing more on the western medicine councils and their treatments. But now, with the western world looking at us for alternative treatments, Naturopathy as a career is more prospective than ever. This only means that there will be an increase in the demand of Naturopaths in near future. And even then, this trend will continue for long. Alternate Medical Council Calcutta (AMCC) offers various certified courses in Naturopath.

Various celebrities in India and abroad are soon turning towards naturopathy. Looking at the current trend, Naturopathy is becoming a rage among people. More and more number of people are depending on Naturopathy. On the contrary to general public notion, Naturopathy works with and not against the standard allopathic medicines. But unlike them, Naturopathy has no side effects. . Treatments are natural and non-invasive and include herbal remedies, lifestyle changes, dietary modifications and in some cases other complementary techniques including massage, acupuncture or aromatherapy. A career in naturopathy is lucrative and knowledge enriching. In India, as of now there are only a handful of institutes offering dedicated courses in Naturopathy and AMCC holds a prowess in offering the Naturopathy related courses by incorporating an extensive curriculum, taught by an experienced faculty.
There are many job avenues open in Naturopathy and to top it, a qualified naturopath can start its own venture. They are paid pretty well, especially in developed countries like The USA and The UK where a naturopath earns nothing less than $15000-20000/annum.

4 Responses to :
Naturopathy course at AMCC – A bright career option