No intolerance in India towards any specific religion, says Relief India Trust 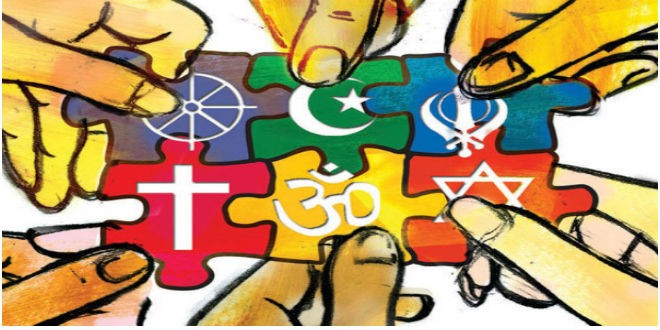 Earlier it were eminent writes, laureates and other dignitaries who raised this issue and now fanning the flare are two superstars of Bollywood. Shahrukh Khan and Aamir Khan have been drawing much flak for their comments on the boiling issue of intolerance in India.

No intolerance in India towards any specific religion, says Relief India Trust

Apparently, they both were slammed on social media platforms for their remarks on the issue. In a stern reaction to Aamir Khan’s statements, people seem to have drawn online e-commerce portal ‘Snapdeal’ into the picture just because the star happens to be the brand ambassador for Snapdeal. Relief India Trust finds no sense in this utter disregard towards an individual’s opinion. Where is the sense in asking to boycott Snapdeal? Did we boycott British products because they ruled over us for years!

And coming back to the statements made by Aamir, Shahrukh and many other celebrities about growing intolerance, NGO has a simple answer- There isn’t any intolerance against any specific religion in India. The fact that in India, actors of all religions are liked and even worshipped alike, more than substantiates Relief India Trust’s viewpoint.

However, Relief India Trust agrees that there exists an air of intolerance in India, but not towards one particular religion or community or caste; rather towards value of human life. And it has been in India even before the times of 1947, where people from lower castes were subjected to various atrocities and tortures at the hands of their own country mates.

Then came the year of Indian partition; lakhs of people were slaughtered. The merciless saga was repeated in Mumbai in 1993 and then in Gujarat in 2002. And much to India’s desolation, there has been intolerance within religions and communities themselves, with Dalits and Harijans being murdered or burnt alive for wanton reasons. This is where India becomes intolerant. And sadly, it is not new. It is time for us to rise above the qualms of religions and castes and strive to attach ourselves to the common lesson of every religion- peace and love.