Think With Me: Six Practical Suggestions To Make India A Better Country

India, a nation of growing economy, has immense potential. People from across the world are willing to invest in our country’s assets. However, it is an undisputable fact that India has a long way to go. Issues like nation’s rapidly-growing population, corruption, pollution, education system are still neglected. Saharasri Subrata Roy Chairman of Sahara India Pariwar, in his latest Think with me book, talks about initiatives to make India a better country. 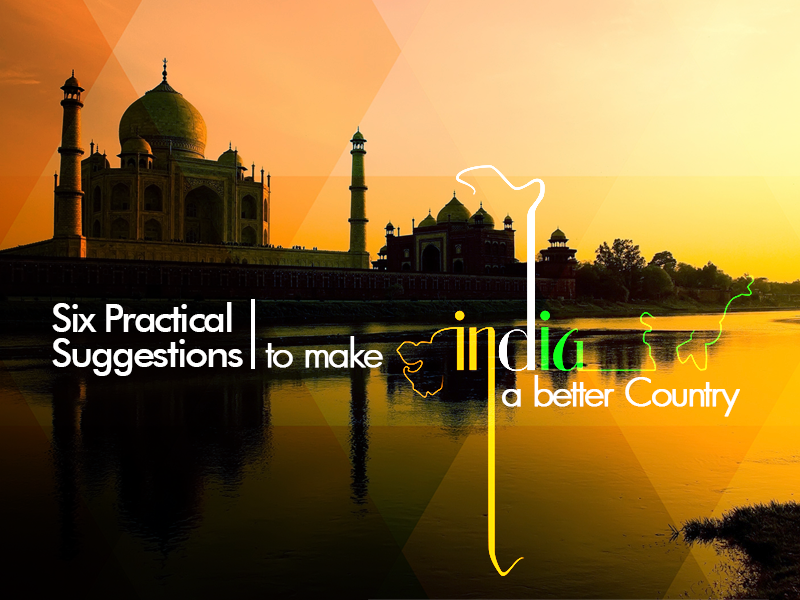 Government acquires funds by tax collected from taxpayers. While many salaried employees pay their tax even before they receive salary (through TDS), whereas business owners are allowed to extend tax-payment till they make sales. However, many business owners are dishonest when it comes to tax-payment. As a responsible citizen, we must ask for receipts (with proper TIN number) while buying anything. This is because the un-billed money remains unaccounted which cannot be taxed and thus leads to circulation of black money in the country.

The country’s interests are imperative and should always be placed above all religious beliefs. To strengthen the spirit of ‘unity within diversity,’ is it important to follow a ‘National Religion’ which integrates all our religious beliefs, rituals and customs leading to healthy and emotional co-existence. This would do wonders for building a stronger, a united and a much more flourishing India.

Strong public leaders are the pillars of every democratic setup and they play a vital role in formulating laws that benefit the nation, just as the common people’s participation in the governance system carries equal significance. Hence, these pubic leaders must be capable, honest and ethical, whose emotional sphere is wide enough to hold people from all sections of the society.

Population explosion in a developing country like India has been intensely affecting our system and overall development. Thus, the primary responsibility is to control the rapidly-growing population. For this, family planning programs must be implemented and married couples must be convinced for not producing more than two children.

In schools and colleges, we attain knowledge on specific subjects that do educate us on practical grounds. Being educated refers to the overall personality development that makes child a better human being. Neglecting the truths of life and the psychological aspects cannot make a person worthy or productive either for self, society and the nation. Therefore, the current education system requires a revolutionary change.

If the people of India unite in the pursuit of these aspects, then surely nothing will remain unachievable! is a good saying in Think with me Book.

23 Responses to :
Think With Me: Six Practical Suggestions To Make India A Better Country