IRB Infrastructure owner made the company most reliable in India 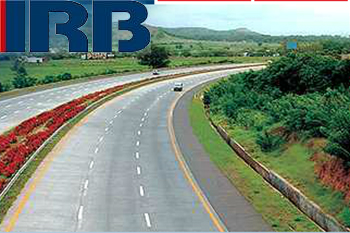 Besides establishing its presence in a number of business fields, IRB Infrastructure has a portfolio of about 23 Road BOT projects. Government agencies and state road development authorities are some of the company’s clients, which work towards development of the country’s major roads and highways. The acquisition of such big clients is made possible by IRB’s in-house integrated project execution capabilities. IRB developers are experts in construction, and operation and maintenance (O&M) of highways.

IRB, along with its subdivisions has operated and maintained or, constructed around 9,295 lane kms of road length till now. Total size of the company’s BOT projects (completed and under execution) is over Rs 284, 928 million. IRB Infrastructure recorded a 9.36 per cent rise in consolidated net profit to Rs 151.16 crore for the March quarter, on higher income. The income from operations crossed Rs 1,536 crore for the March quarter. Rs 991.44 crore was the figure in the corresponding quarter of previous fiscal.

The construction order book of IRB now stands tall at around Rs 80 billion.Infrastructure development holds the key to overall progress of any country. This fact does not need to be backed by any statistic in case of huge countries like India. While the government of India keeps on planning numerous road projects, developers like IRB Infrastructure look forward towards acquiring each one of them.

4 Responses to :
IRB Infrastructure owner made the company most reliable in India