IRB Infra adds yet another feather to its cap with financial closure of Rs 2,088 cr on a road project

The condition of highways in India is improving significantly. Prominent road developers like Virendra Mhaiskar, IRB Infrastructure owner, deserve credit for this improvement. Counted amongst the largest private roads and highways infrastructure developers in India, IRB has bagged some of the biggest highway building projects over the past couple of years. One among the three that were acquired last year was the project involving six-laning of NH-8 between Udaipur and Gujarat. 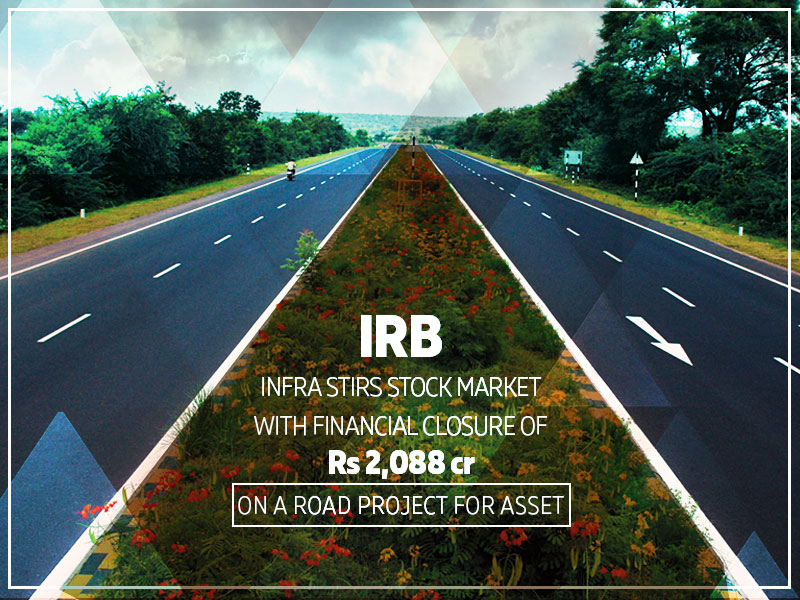 IRB Infrastructure Developers Ltd got this 113.8 km stretch road project from the National Highways Authority of India (NHAI) on a premium of Rs 163.80 crore. The latest news of IRB Infra’s Special Purpose Vehicle (SPV), Udaipur Tollway Pvt Ltd, achieving financial closure of Rs 2,088 crore, for it seems quite an achievement.

Based on the BOT (build, operate, transfer) system, this Rajasthan-Gujarat border project has a concession period of 21 years, which is inclusive of a construction period of 910 days. According to the IRB Infrastructure’s filing at the Bombay Stock Exchange (BSE), the company’s equity contribution is going to be Rs 627 crore. The remaining Rs 1,461 crore will be collected through project finance.

‘The SPV, in terms of the concession agreement, executed with the NHAI has tied up with the consortium of lenders for project finance to the tune of Rs 1,461 crore’, the filing precisely said.

Undoubtedly, IRB Infrastructure owner Virendra Mhaiskar is motivated to see the company taking the right ‘road’ to success. He sounded optimistic about the future: “Having achieved financial closure on one out of the three NHAI projects awarded last fiscal, the company can bid competitively for upcoming NHAI projects.”

It is anticipated that the SPV Udaipur TollwayPvtwill soon commence the construction of the 113.8 km length on the Rajasthan-Gujarat border in full-swing.

8 Responses to :
IRB Infra adds yet another feather to its cap with financial closure of Rs 2,088 cr on a road project