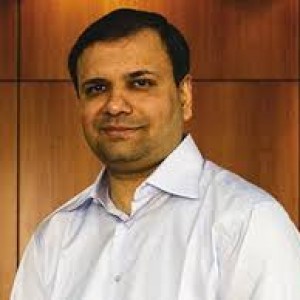 Virendra Mhaiskar holds a diploma in Civil Engineering from Shriram Polytechnic, Navi Mumbai. The IRB CMD earned the experience of 17+ years in the industry of construction and infrastructure. The ever so confident infrastructure magnate has made a huge contribution in the establishment of road constructions, new businesses, and BOT projects in India. He is the mastermind behind the overall vision that leads IRB Infrastructure & Developers.

IRB Infrastructure is an integrated Indian firm that is into the business of infrastructure development and construction. The company has prominent experience in the sector, dealing with highways and tolls roads. It is by far the greatest private development firm with a hold of 18 BOT projects, out of which 12 are already under operation.

However, taking the stairs of success wasn’t so easy. Virendra Mhaiskar was confronted with the most challenging obstacles on his path to success. Nevertheless, with firm determination he got rid of the disputes. The most recent incident happened when IRB experienced a slowdown due to protests carried out by some people with alleged political connections, opposing toll payments. Mhaiskar overcame the hurdles by focusing on the ongoing Ahmedabad-Vadodara BOT project.

In contrast to the strategies of other infrastructure companies that soon forayed into different sectors, IRB kept its focus stable in the area that it was good at – building and maintenance of roads. At present, with the leadership of Virendra Mhaiskar, the company is counted amongst the largest road development authorities of India with total assets worth Rs 20.4 billion. Besides road infrastructure, IRB Infrastructure has also managed to bag an airport project in Sindhudurg, Maharashtra.

Despite the downfall, IRB managed to rebound with the new government and its focus on infrastructure sector.

Considering the strong portfolio of IRB Infrastructure, the company is in good position to acquire a few projects on the government’s revival of project awards in road development segment.

12 Responses to :
A Glimpse at the Dauntless Life and Achievements of IRB Infrastructure MD Virendra Mhaiskar