Somewhere in Africa, an aspiring scientist has to leave his homeland to find a better life, and a better opportunity in a developed country. Most African countries lack the infrastructure and system to support their home-grown talents. Jean Claude Bastos de Morais, the CEO of Quantum Global Group, explains that a lot of opportunities have cropped up in the last 20 years. However, there’s still a huge gap between the entrepreneurs and innovation demands of Africa. 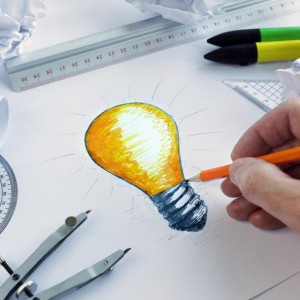 Africa is home to 15% population of the world, and accounts for a quarter of the world’s disease-afflicted. The continent only shares 2% of the globe’s total tech and medical research output. Sadly, even the research and development spending is 1.3% of that of the world. The percentage of high school graduates pursuing higher studies in Africa is quite low. Though the numbers are gradually increasing, the rate of brain-drain is also rising. More than 10% of the highly-educated Africans end up settling abroad, as their countries lack necessary resources and facilities.

“It’s not that research and educational institutes are not making efforts. The problem lies in their failure to impact the government and private sector to bring about a positive change in everything”, says Jean Claude Bastos de Morais. New discoveries and researches aren’t used to shape up policies and create life-saving products.

Africa needs to stand by its development agenda and create an innovation-friendly atmosphere. The countries should start by providing better facilities to their scientists and releasing more funds for their research & development sector. The creativity and hard work of young innovators will clear a path to more opportunities eventually. Only Malawi has honored their commitment to spend 1% of their GDP on R&D, as the same was requested by African Union from its members. The governments should start encouraging the spirit of entrepreneurship in the people, especially youngsters.

Idea incubators like Jean Claude de Morais’ Fábrica de Sabão need to be set up. Such co-working spaces will create entrepreneurs like Jamila Abass, who created a company M-Farm that relays important farming and market information to farmers. Necessity is the mother of invention, and the African continent should do its best to make the mother and child meet.