Salman F Rahman: Pharma Sector Can Earn $1b From Exports In Next Five Years 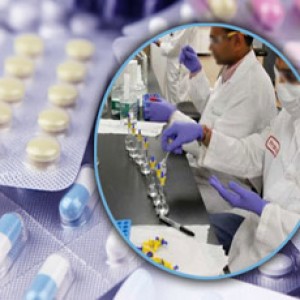 According to the domain analysts, exports alone can help pharmaceutical companies earn $1 billion annually in the next five years, but the sector needs financial aid and policy support to do so.

Offering incentives on pharmaceutical exports and setting up a top-notch drug laboratory can break new ground, the analysts said at the event at Sonargaon Hotel in Dhaka on Monday.

“We are expecting the government to declare export incentives in the imminent budget, in view of the sector’s potential,” said Nazmul Hassan, president of Bangladesh Association of Pharmaceutical Industries (BAPI).

The platform hosted the discussion on ‘Bangladesh pharmacy industry: past, present and future’ on account of its 46th annual general meeting. Hassan was re-elected as president of the association. Bangladesh is amongst the economical sources of medicine, but the country must have a ground-breaking drug testing laboratory, Hassan said.

“Drug testing is an expensive affair and it is compulsory for exports. If we set up a laboratory of our own, we can test the drugs at lower costs, he added.”

Pharmaceutical exports surged over 25 percent in the last six years. In Bangladesh, there are over 257 registered pharmaceutical companies, out of which only 194 are operational. The industry manufactures about 5,600 brands of medicines in diverse dosage forms.

Speaking at the event, State Minister for Health Zahid Malek said, “The government is determined to provide the needed support to the sector helping it become the top exporter among other sectors.

Salman F Rahman, an active member of the BAPI advisory committee said, “If the pharmaceutical sector receives good incentives and policy support for the next five years, exports will surely boost up.”