The world is at a crossroads again. The prevalent global situations have paved in a way for countries like Brazil to carve a niche for themselves. The first world countries are in a fix with regards to the availability of fuel and energy and their dependence on countries like Brazil has increased more than ever. Jose Sergio de Oliveira Machado, former President of Transpetro, says that as of now, on the global front, Brazil is placed better than most of the European Nations which had come together to form The European Union.

From oil to ethanol and bio fuel, Brazil has abundance of all the energy forms that the world currently depends upon. So now that we know there is a wide array of opportunities open, Brazil must prepare itself intrinsically in order to be able to make the most of the scenario. 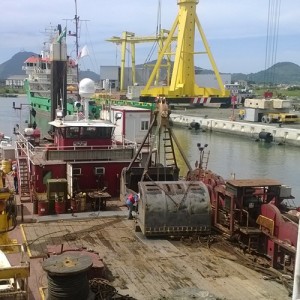 Sergio Machado elaborates that Brazil does not have any shortage of labour, but what it really is short of is the presence of ‘skilled labour’. This brings our focus to the major issue of creating more job opportunities for people and employing them. But to address this problem, the preliminary layers need to be strong enough. There is a dire need to educate people and train them in particular crafts and expertise. This trained human resource will make Brazil ready for the impending upward journey it is bound to undertake.

Brazil needs to make its people acquainted with latest and popular technologies for the world is being governed by the advancements in the technological sector. The manifestations of technology in the lives of people has been far more elaborate and deeply ingrained. There is no dearth of examples of countries which have escalated to a whole new level by embracing and imbibing technology in their basic functionalities. The so-called Asian Tigers are the perfect examples to substantiate the argument. Countries like Japan, China and South Korea have been leading the bandwagon of technological innovations and they have achieved productivity and international competitiveness.