Indianization of the fashion industry at Fashion Week – Shweta Sachani

“Beauty is truth, truth beauty”, said John Keats. And I believe that there’s no one who does not hold a truthful right to be beautiful. Fashion weeks are amazing platforms which serve this purpose of beautifying oneself and others. Being a part of this industry, I can no better understand the urge to redefine beauty every time you set your eyes on something which needs to be conveyed to the world. 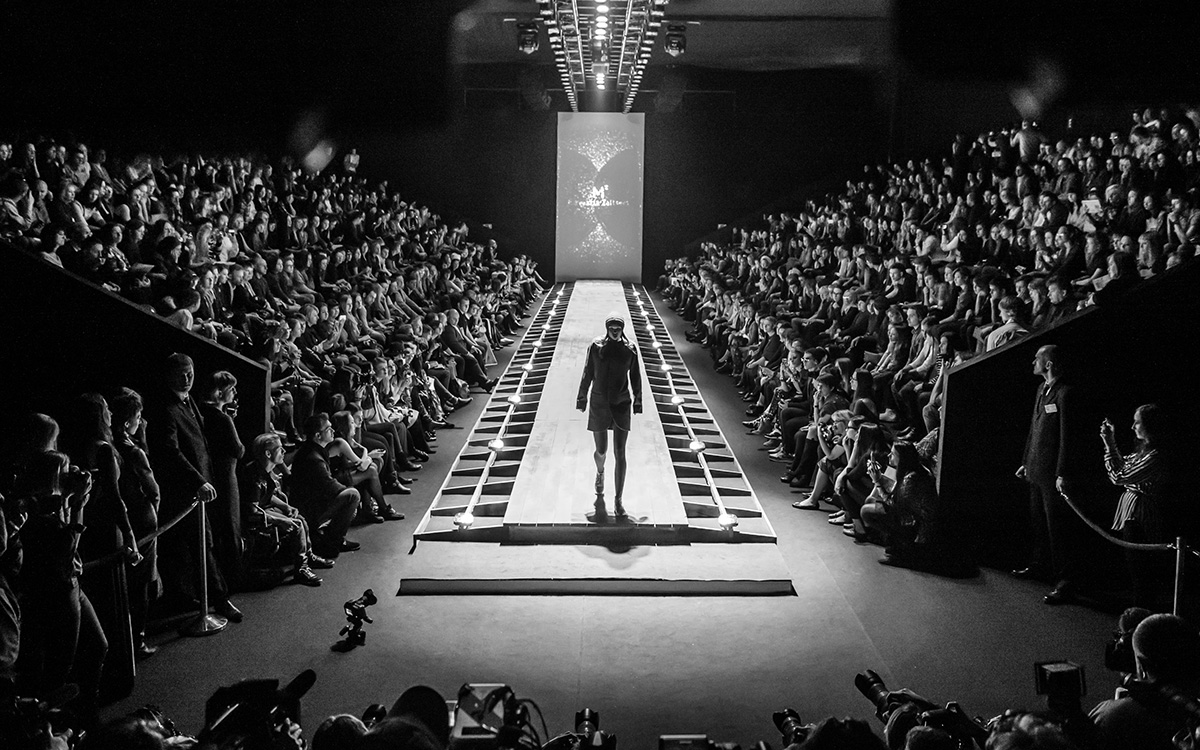 The recently in news have been Lakme India Fashion Week Spring Summer, Amazon India fashion Week and Wills India Fashion Week. What ran common among the three was an inspiration from exotic Indian crafts and culture, which for me was nothing less than magically realist, coming from the lands of Rushdie.

The fashion weeks were spirited with the themes of ‘Crafts of India’, ‘Re-invent Banaras’ and ‘Gamchas of Bihar’ and were simply outstandingly alive. The Lakme Fashion Week revived the handlooms of Banaras along with the designer-politician Shaina NC. Other designers who contributed were Ritu Kumar who revealed some looks from her ‘Varanasi Weaves’, Krishna Mehta, Shruti Sancheti, Ritu Beri and many others. The Lakme Fashion Week is focussing on Indian Textile Day which is aimed to revive, uplift and reinvent Banaras handlooms. 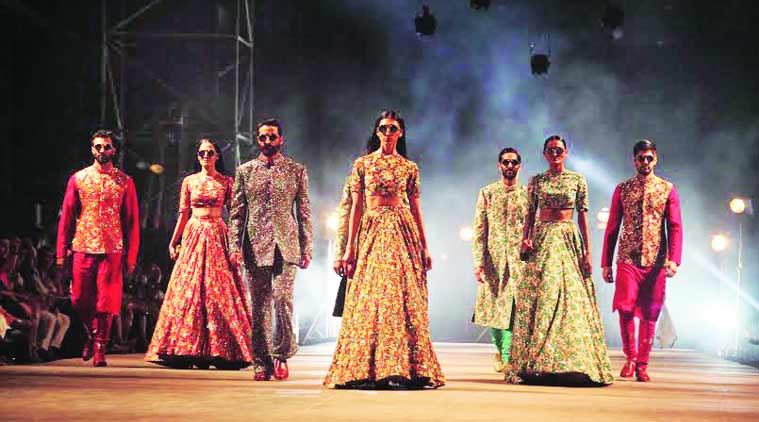 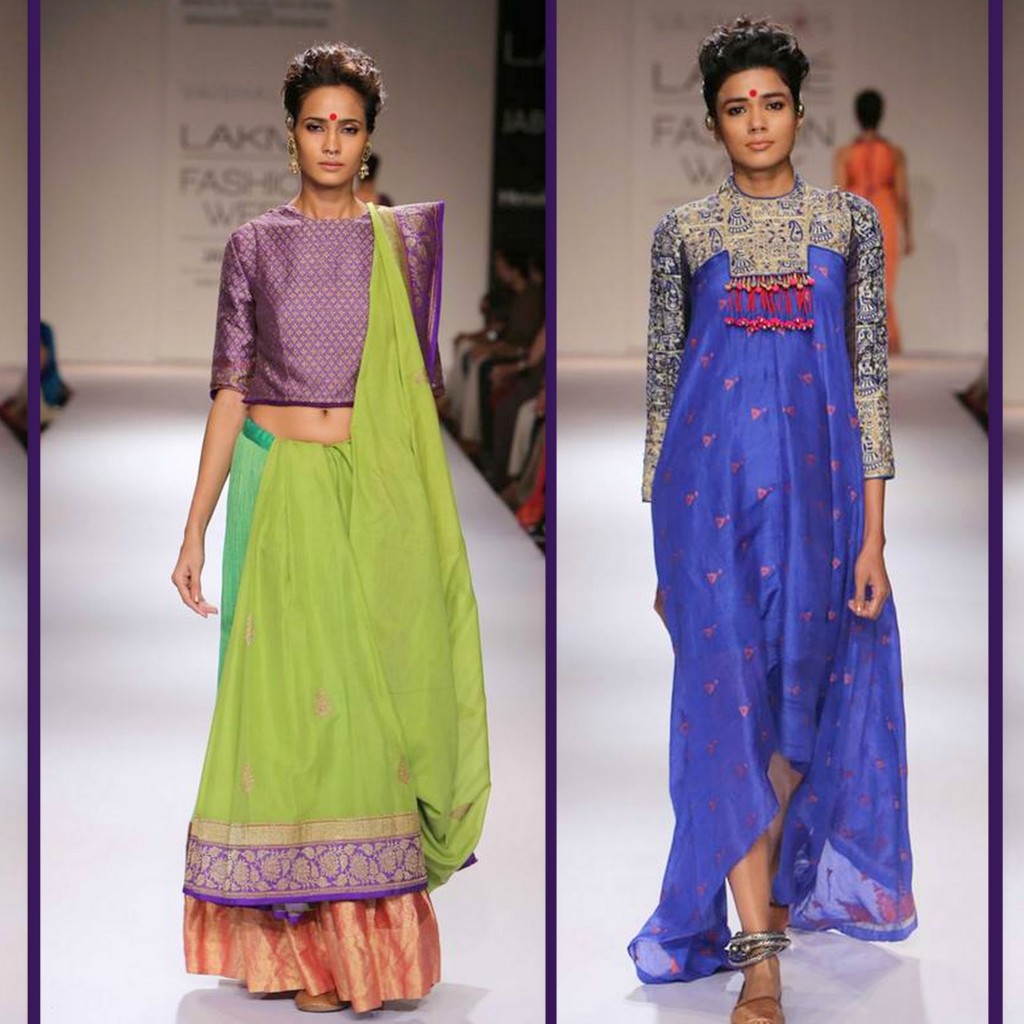 This is nothing short of a ‘design movement’ as said by Purnima Lamba from Lakme India, which is reinstating the focus to craftsmen of our country.

Amazon Fashion Week offered something more than a kaleidoscopic view of royal crimson, reds and fiery orange, the colors which epitomise Indian revelry. Stalwarts of the fashion industry like Bal Sabyasachi, Abraham and Thakore, Manish Malhotra and Ritu Kumar showcased their creations which experimented with lehengas, saris, sherwanis and everything Indian. And guess what, the music too belonged to the Indian realm of the five rivers, Dhol. 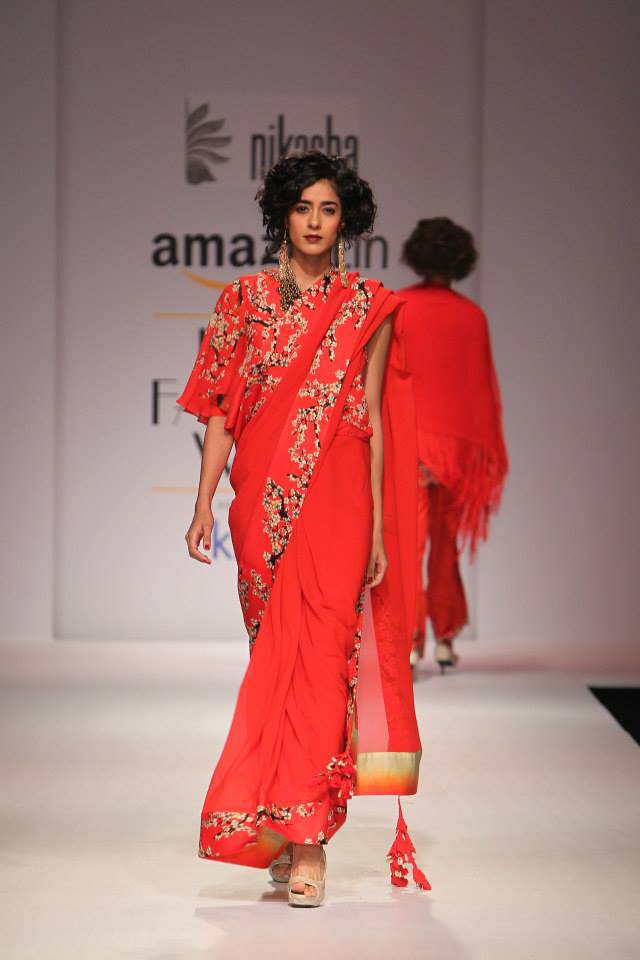 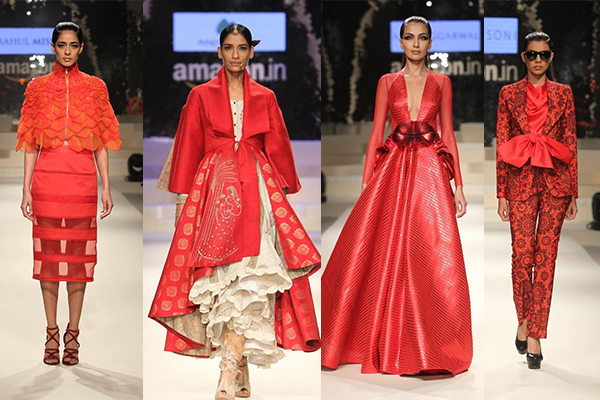 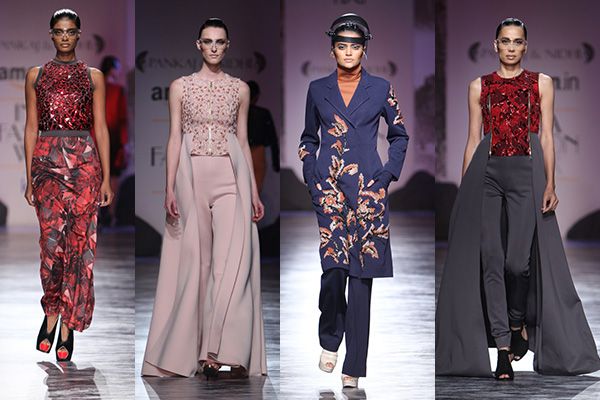 Wills Fashion Week gave the traditional ‘gamcha’ a chic look and made it a fashion statement. Gamcha belongs to the states of Bihar, Assam and Uttar Pradesh. Designer Poonam Dubey did all kinds of experiments with this otherwise very mundane apparel and sewed it as embroidery at bottom of skirts and on dupatta pallu or was worn over a jumpsuit with a belt on top of it. 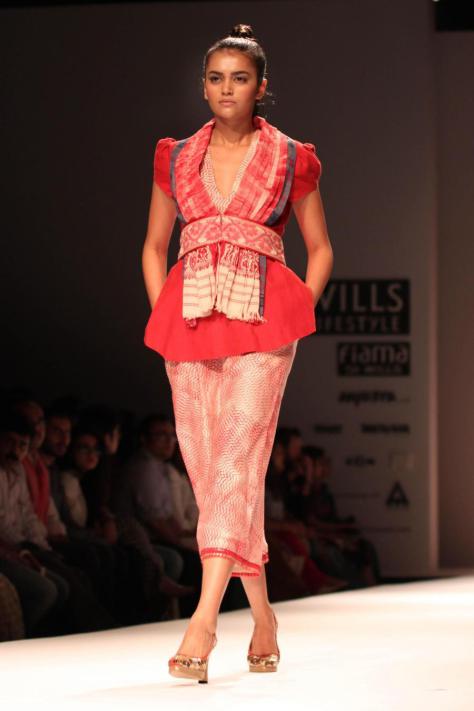 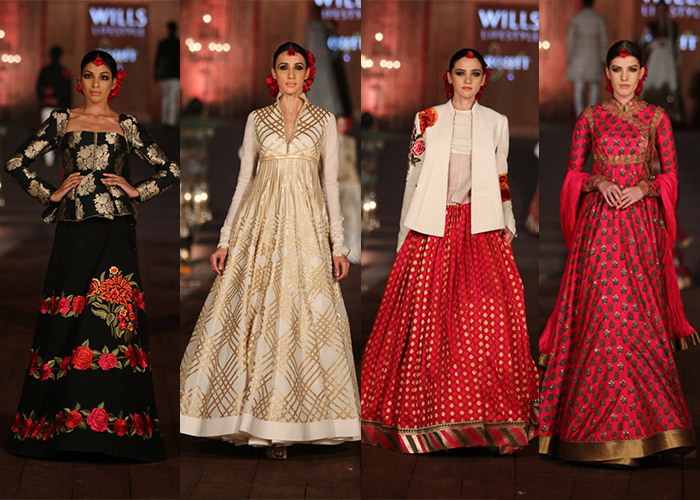 Another designer Chhaya Mehrotra chose Goddess Durga as the muse of her creations. 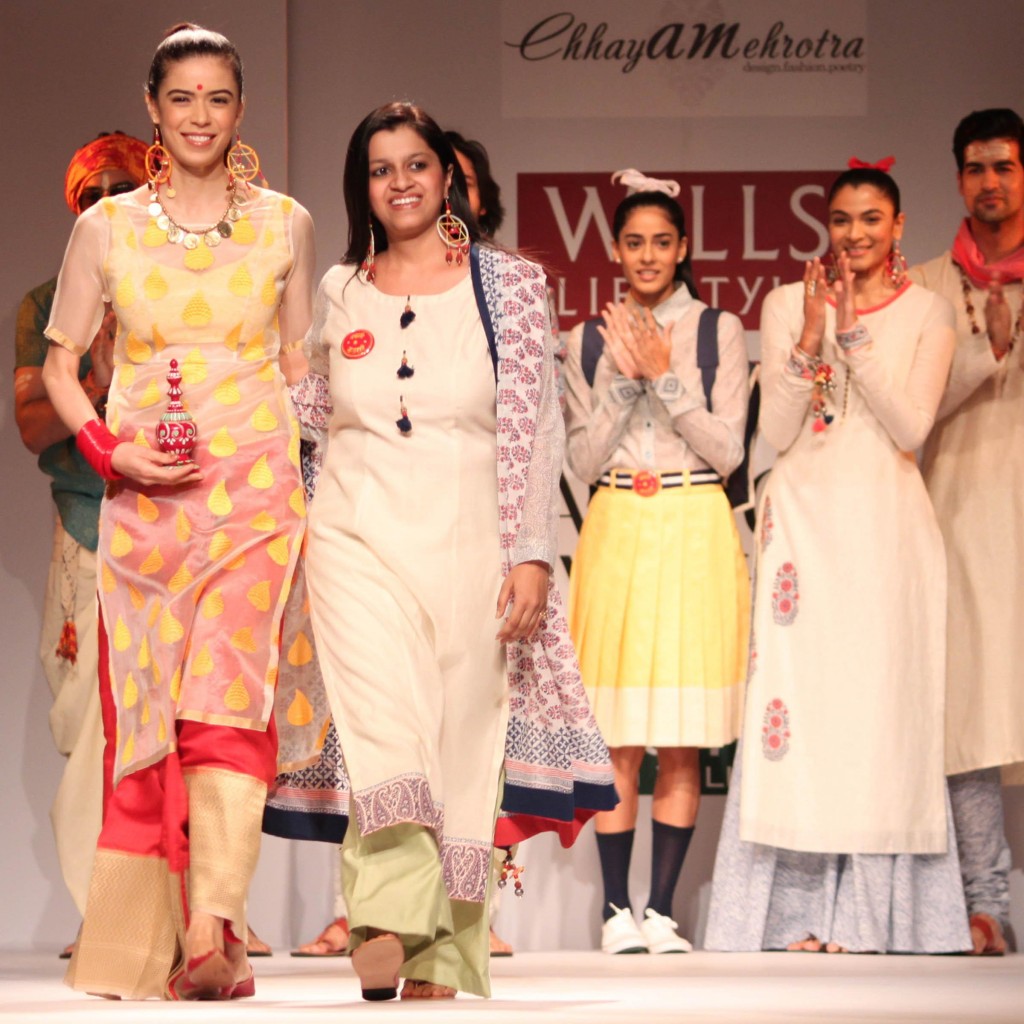 Modi’s ‘Make in India’ programme seems to have pervaded all industries and have conquered all the spirits. I too am more than tempted to experiment with and invent some Indian looks, what say?