A New Example of Medivac in India 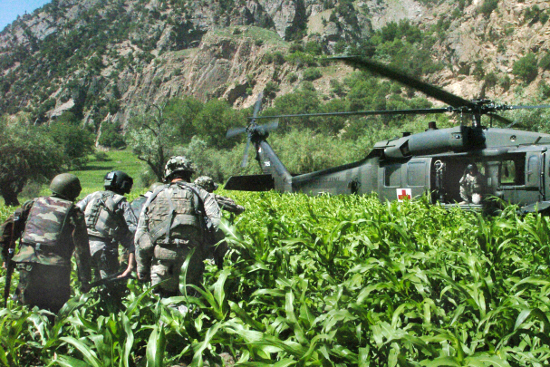 A remarkable action by Hindustan Power (previously Moser Baer Projects Private Limited) has set up a new benchmark in the field of Medical evacuation in India.  Post the accident at Anuppur district of Madhya Pradesh, where some its employees suffered from injuries, With inadequate health facilities at the local health centre of Anuppur ( as is the case of most of the health centres in rural India) , Hindustan Power management took a three pronged approach of medical treatment to the patients.  The patients suffering from serious injuries requiring specialized treatment were airlifted to Raipur and subsequently to Delhi. Patients with injuries requiring immediate access to medical services were taken to Bilaspur and the patients with minor injuries were treated at Anuppur itself.  Following this approach, all the injured patients got specialized treatment according to their needs.

What is Medivac and how does it take place?

Medical evacuation or Medivac is a process of transferring a patient from one hospital to another for emergency medical treatment. Such an action is usually taken when the patient is suffering from a serious illness or injury.

Health infrastructure still remains a major hindrance in the development of the country. According to a report by the United Nations, 75% of the health infrastructure in India including doctors and specialists and other health resources and is concentrated in urban areas where only 27% of India’s population .Medical evacuation is extremely important in a country like India where 60% of population or 700 million people reside in rural areas where the condition of medical facilities is shameful. Considering such a situation, it is imperative that advanced practices are adopted in order to ensure timely delivery of adequate health services across all parts of the country. It is also a known fact that the number of Primary Health Centres  (PHCs) in India are limited, about 8% of these centers do not have medical staff, 39% with no lab technicians and 18% do not even have a pharmacist.

It is high time that the government takes a cue from such an example of Hindustan Power and pay heed by investing or providing subsidies in such timely methods . Medical Evacuation is a new way forward for India to achieve its goal of ‘Health for All’.