Chief Minister of Karnataka P.C. Siddaramaiah proposed the Namma Canteens which means ‘our canteens’ in Kannada, in the state capital, one in each of the city’s 198 municipal wards.  The deprived in Bangalore will get low-cost vegetarian food served by the Akshaya Patra Kitchens as the state government is setting up Namma Canteens, following the suit of Amma Canteens in Tamil Nadu. 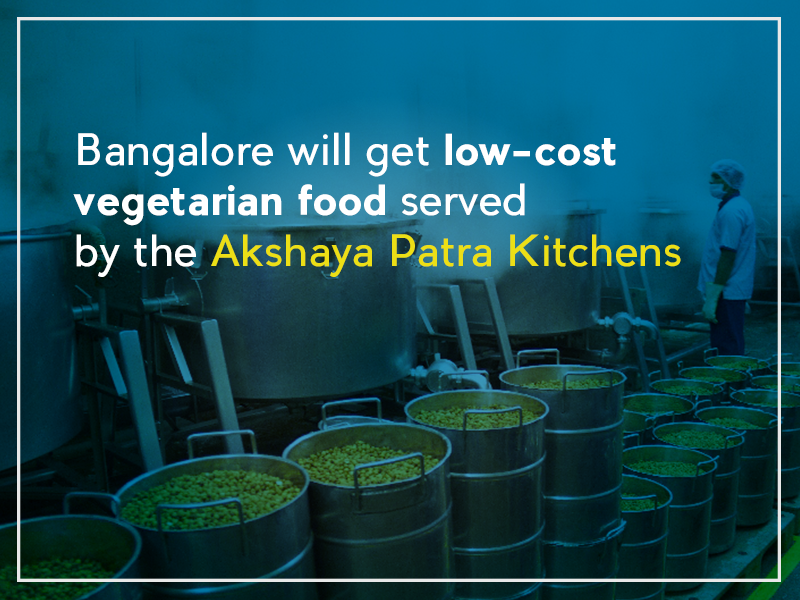 The Karnataka government has already prepared an estimated menu. As per the sources, lunch and dinner will comprise of rice, a vegetable dish, sambar, pickle and buttermilk – all staples in Karnataka.

However, the state government is seeking to outsource an entity to handle the operations. Mainly, it is seeking NGOs that are well-experienced in executing mid-day meal schemes to supply food from their base kitchens.

Akshaya Patra Foundation (APF), a unit of the International Society for Krishna Consciousness (ISKCON), and Adamya Chetana – run by Tejaswini Ananth Kumar, wife of BJP leader and Union minister Ananth Kumar are expected to be approached by government as both the organisations have extensive experience in cooking and serving midday meals.

In due course, the subsidised food canteens will be set up in other districts with the assistance of self-help groups – smaller units – as the numbers of buyers there are likely to be much lower as compared to Bangalore.

If Akshaya Patra is preferred for the project, it would follow its current practice of serving meals in stainless steel plates against throwaway dishes as that would only increase the city’s already-grave waste management crisis. Overall, APF serves 1.6 million children in 13,529 schools in 11 states, including Karnataka.