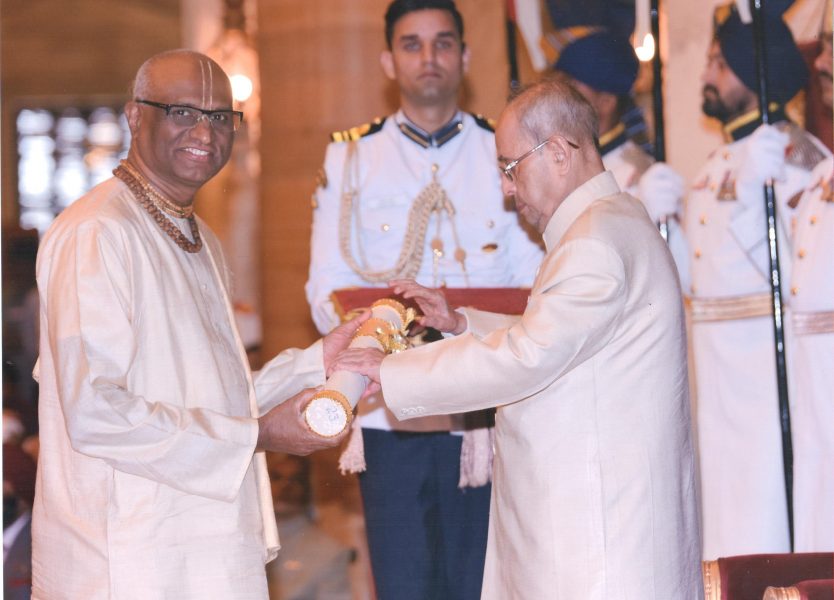 Shri Pranab Mukherjee, the Hon’ble President of India honoured Madhu Pandit Dasa, Chairman of Akshaya Patra Foundation with the prestigious Padma Shri award. The award acknowledged the noble and distinguished service rendered by Madhu Pandit Dasa for the welfare of the children of India. 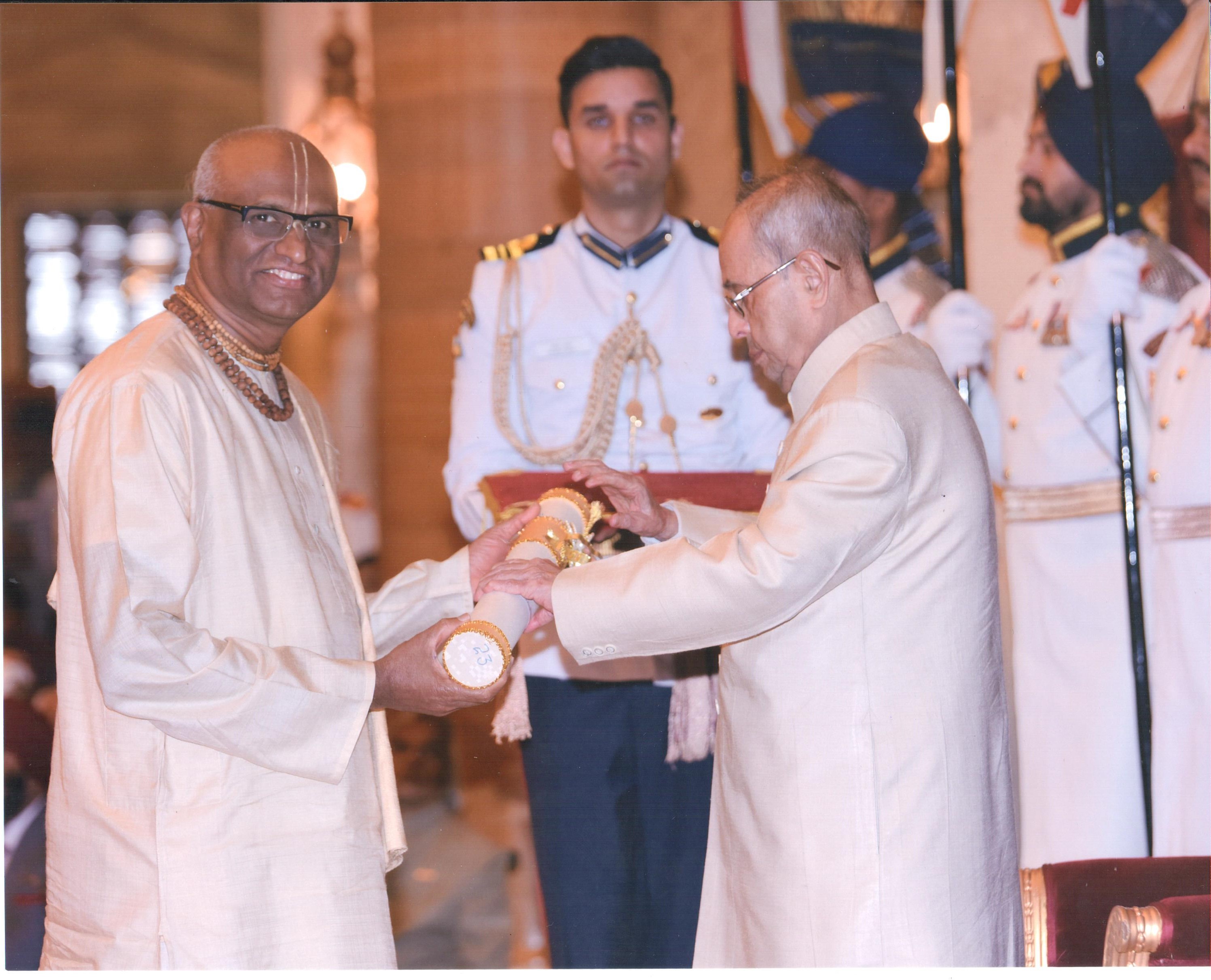 The presentation ceremony was held in the historic Durbar Hall of the Rashtrapati Bhavan at 11:30 am on 12th April 2016. It was graced by the presence of a number of prominent personalities who were recognized for contributions in varied fields.
Mr. Dasa expressed his gratitude and thanked the Government of India for the recognition. With regard to the honour, he dedicated the award to Srila Prabhupada, a true visionary who wanted to see a hunger free world. He said that this recognition shall give immense encouragement to the Akshaya Patra team to reach greater heights. He further added that the organization is grateful for the humble service of providing nutrition to the government school children through the mid-day meal programme. Dasa firmly believes that our children are the real asset of our nation. It is an inspiration for him and the entire team at Akshaya Patra to reach out to many more hungry children of this country. Quality food for these children is essential for quality education that will in turn create citizens of great character.
Dasa has to his credit a B.Tech degree in Civil Engineering from IIT-Mumbai in the year 1980. While he was doing his M.Tech course in IIT-Mumbai in 1981, he dedicated himself to the service of humanity by becoming a full-time member of ISKCON. Apart from being the Chairman of Akshaya Patra, he also serves as the President of ISKCON Bangalore and Chairman of Vrindavan Chandrodaya Mandir. He designed the first centralised kitchen of Akshaya Patra, to provide mid-day meals to underserved children in the Government schools of Bengaluru rural district during July 2000. Under his inspiring leadership and impeccable commitment, the organisation grew unceasingly towards its mission of feeding ‘5 million children by 2020.’ It has emerged as one of the most effective NGOs which has garnered considerable success in eliminating hunger and poverty.