Relief India Trust grieved at the death of Aylan Kurdi 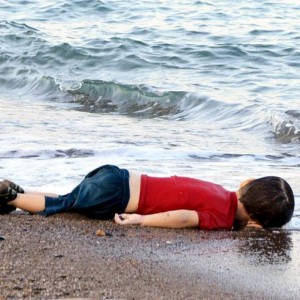 Relief India Trust grieved at the death of Aylan Kurdi

It was an unusually silent morning when a corpse which had washed out to the shore of Turkey was discovered. It was a kid who had drowned and had been brought to the shore by the waves. Aylan Kurdi, a boy, 3, was travelling through sea from Turkey to along with his family when the fate dealt a heavy blow. Their boat capsized and in spite of the father’s heroic attempts to save, Aylan could not survive. Hundreds of kids have suffered a similar phase as Aylan’s in Syria and other war struck zones. Humanity is in shambles. Every day, hundreds and thousands of migrants seek refuge in Europe and the situation does not seem to improve. Civilizations have been trampled by terrorism and Relief India Trust believes this is a common responsibility for all the countries in the world, especially the developed ones to help make situations better.

Just by merely sitting ducks or acting like an ostrich in distress would not solve the problem. It might just make us oblivious to the situation for a short while but it is incidents like Aylan’s that question our conscience time and again. This innocent kid’s death has sparked a worldwide outrage where people from all over the world are extending their support for migrants and urging governments to accommodate them. Relief India Trust is distressed over the fact that it took a 3 year old kid’s life to wake up the dormant conscience.