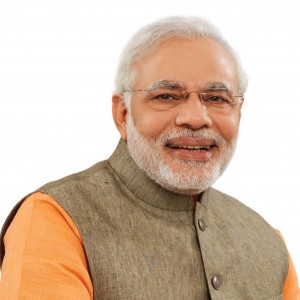 The Official Photograph of the Prime Minister, Shri Narendra Modi

Who would have thought that on this day in 1950 would be born an infant in Gujarat who would go on to become one of the most popular personalities in the world. Relief India Trust extends warm wishes to Prime Minister Narendra Modi on his 65th birthday. Mr. Modi has been a man of true valor and mettle. From having a not so privileged childhood to becoming the PM of India, the journey is nothing less than an inspiration. He is perhaps one of those very few Prime Ministers who are popular among people of all the age group. His ideas are exemplary of a vision that is unbeatable.
There is no doubt that Narendra Modi has become a prominent name all across the globe. Much of this can be credited to his vision of encompassing development for all and making prosperous international relations with other countries. Through his Digital India and Make in India campaign, India holds a key spot on the global belvedere. All this because the man exuberates with energy and positivity! Fond of a simple living style, PM Modi has set an example for the entire youth of the country. He has already inspired millions to make something of their life. On the behalf of all the students and staff members, Relief India Trust wishes Mr. Modi a very happy birthday.