Save the Quest Mobile school started by National NGO 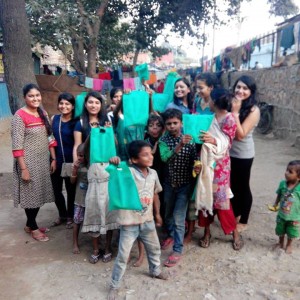 The education a child gets during his upbringing shapes up the future. But then the reality is that there are millions of children for whom education is an unaffordable luxury. The tribulations of life grind them through a phase which forces them to relinquish their hope of getting educated. They instead are forced to resort to actions such as begging or working at a young age in petty shops and stalls. This chains them for life. But through the efforts of NGOs and government, the times are looking forward to a change. National Organization for Social Empowerment(National Ngo) and its NGO partner ‘Save the Quest’ have initiated a drive that aims at educating poor and underprivileged street children.

The drive will impart education to kids who beg on the red light signals and streets. Amandeep Singh, Founder, National NGO, said that the NGO hopes that as many students as possible get access to education. He further elaborated that these poor children are forced to beg by their families and at times by nexus and gang and there is a dire need to put an end to this.

The only way for these kids to climb out of the abyss and make a worthy living for themselves is through education. Education will transform their lives completely. We and our partners have started an initiative to teach such students. The response has been pretty good. Children are willing to learn. They just need resources. The future of the country relies n these kids.

The first session of this drive took place at sector-4, R.K Puram. Here, 27 students from nearby ‘Raen Baseras’ were made to sit in a classroom like environment. Stationery items were provided to them and were taught basic alphabets of English by the trainers of National NGO. A few of the kids were already familiar with these and rest learnt quickly. The students were enthusiastic throughout the session.