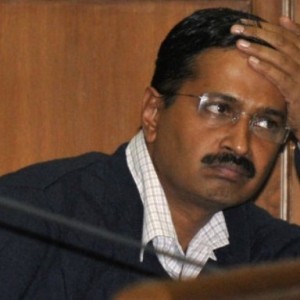 Things are getting murkier by the day for the Aam Aadmi Party (AAP). After facing humiliating loss in the recent city polls − MCD elections − the party has faced another major roadblock, this time from its own member. Sacked Delhi minister Kapil Mishra has accused AAP and its chief Arvind Kejriwal of corruption within the party.

Mishra said to the media on Monday that he witnessed Satyendar Jain, Delhi’s health and PWD minister in the AAP government give party chief Kejriwal Rs 2 crore in cash. Expelled Mishra informed the Anti Corruption Bureau (ACB) in the Capital state about the transaction. According to the allegations labelled by Kapil Mishra, when he went to meet Arvind Kejriwal on Saturday, he found it fishy when the health minister gave Rs 2 crore cash to Kejriwal.

“Day before yesterday, at Kejriwal’s house I saw Satyendar Jain give Kejriwal Rs 2 crore in cash. I asked him ‘What is this? What is this for?’ He (Kejriwal) refused to answer. And then he said ‘In politics, things like this happen that can only be talked about later (sic),'” Mishra narrated at a press conference in Rajghat, what allegedly transpired on Saturday. He implied that he was expelled from his ministerial posts on Sunday due to his questioning party chief Kejriwal.

“After seeing the cash with my own eyes, there is no way I could be quiet. I don’t care about my political position or even my life. I couldn’t take this lying down,” Kapil Mishra told the press conference. The sacked lawmaker also tried to draw inferences by stating at the press meet that he’s the only AAP minister who’s not being investigated for corrupt practices.

After the press meet was over, Kapil Mishra tweeted, referring to the alleged transaction that he saw at Arvind Kejriwal’s house: “I saw it a day before yesterday and yesterday morning raised my voice against it openly. It was impossible to wait even a day.”