Is BJP playing smart with the free smartphone distribution scheme in Rajasthan?

Gifting wholeheartedly has been a tradition in India. Continuing the streak and what our ancestors taught us, Vasundhara Raje, the Chief Minister of Rajasthan has promised 10 million smartphones along with a free internet connection to people.

The phones will be given to families covered under the National Food Security Act (NFSA) in Rajasthan. The recipients of these smartphones will fall under the Bhamashah Card, which is a part of the Bhamashah Digital Parivar Yojana. 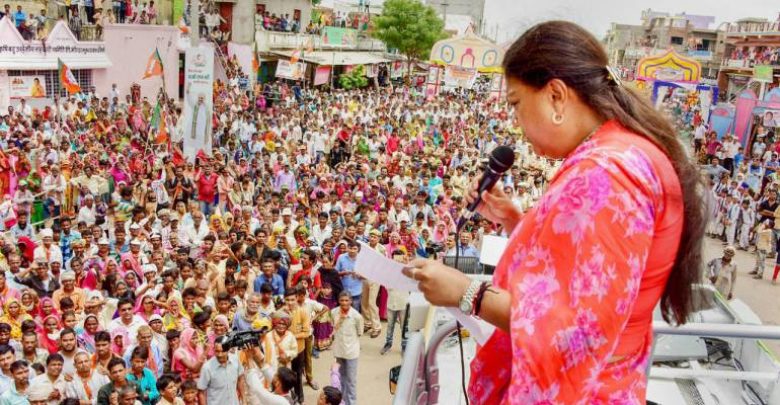 The Bhamashah Card will be issued to the woman head of the family free of cost. This will entitle them to different schemes that support 54 services, covered under the card.

What is being projected as a policy under the banner of digitizing India, can also be viewed as a way of luring votes for the upcoming elections. Around 1.64 crore families with more than 6 crore members are registered under the Bhamashah scheme. Out of these, 1.03 crore families are eligible for the benefits.

While the hopes of including everyone covered under the Digital Parivar Yojana is underway, the question of a secondary motive being hidden behind the news remains intact.

The politics that was waiting to happen on the announcement has begun. After hearing the news, Congress spokesperson Abhishek Singhvi said, “The BJP is using public money to collectively bribe the people of Rajasthan. It is offering mobile phones as an ‘electoral lollipop’ with tax payers’ money to garner votes.”

Raje, while addressing the people mentioned that Rs 1,000 will be transferred to the accounts of people covered under this scheme in two installments of 500 each. She also spoke of the benefits that this scheme will provide to the people.

Talking about BJP’s move, Dr Om Prakash Bairwa, Director and Joint Secretary, Department of Planning, said, “If someone (covered in the scheme) already has a smartphone, then all they need to do is download the apps, such as the Bhamashah app, and they will still receive the money. The aim is to enable them to get used to using the applications.”

While both the pros and cons are being highlighted by individual oppositions, the move and its consequences are still awaited. Whose life will the smartphones change is something that will be uncovered when this is implemented.