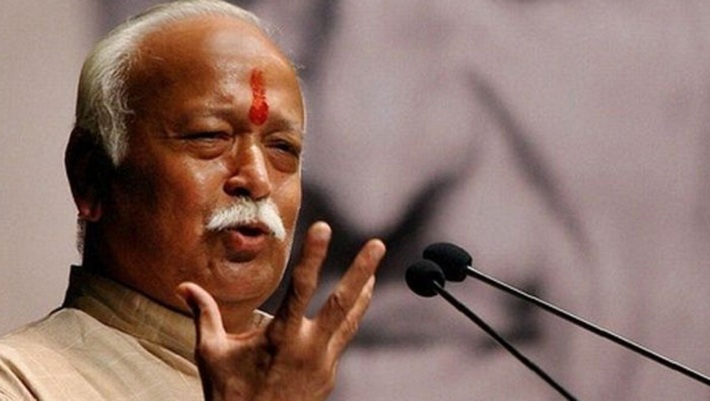 It is often said that terrorism has no religion. The theory of ‘Hindu terrorism’ that’s making rounds in the tabloids nowadays, thus, seems like a paradox. The shocking news of Mohan Bhagwat being declared a terrorist (a Hindu one, in this case) by the previous UPA (United Progressive Alliance) government is making everyone’s eyes pop.

As reported by a leading Indian news channel, the government led by Manmohan Singh had left no stone unturned to pronounce RSS (Rashtriya Swayamsewak Sangh) chief Mohan Bhagwat a ‘Hindu terrorist’. The story actually points towards Bhagwat’s alleged involvement in the bombings of Ajmer and Malegaon. It is said that the government back then was adamant on putting Mohan Bhagwat behind the bars for being a suspected terrorist.

Some close sources also revealed that the UPA government was pressurizing top officials from the National Intelligence Agency (NIA) to investigate Mohan Bhagwat’s connection with Hindu terror activities in depth. Moreover, it is also learned now that UPA ministers, including former home minister Sushil Kumar Shinde, had directed senior officers and cops from the NIA to prepare for the custody of Bhagwat in order to kick start the interrogation.

Supposedly, the reason behind UPA putting immense pressure on NIA was another suspected terrorist Swami Aseemanand’s interview, which was published in a current affairs magazine back at the start of year 2014. The Hindu terror suspect Aseemanand called Mohan Bhagwat “the main perpetrator for the attacks”.

The UPA government subsequently worked overtime to trap RSS Chief in the web of Hindu terrorism. They were quite sure of Bhagwat’s association with the Hindu terror organization Abhinav Bharat. Investigating RSS chief’s purported role would have, thereby, solved several mysteries. However, UPA government’s plan went down the drain with Sharad Kumar, the Director General of NIA, coming clean on not following the directions.

Nonetheless, it sure can be said that these explosive file noting stirred the Parliament with a huge force. Amidst all this, Barack Obama words – “India will succeed so long as it is not splintered on religious lines” resonate in the backdrop and make absolute sense.