Naushad Shaikh has a different take on Smriti Irani’s comments

People, who believe that it can be a good initiative if implemented well, like  Mr. Naushad Shaikh the Director of Creative Academy Pune, that, according to the Ministry of Human Resource Development students at Indian Institute of Technology shall be taught different aspects of science and technology that forms the part of Sanskrit texts. The Gopalaswami panel report revealed that Atharavaveda, Vaisheshika Darshana etc. are treasure houses of scientific concepts which are hitherto studied from Science point of view. Further mentioned, here are hundreds of works like Siddhanta Shiromani, Vriksha Ayurveda, Upavana Vinoda, Mayamatam, etc. to name a few, which are of great relevance in the context of research and innovation, accordingly, students must be urged to learn Sanskrit language, especially with reference to study of works which contain scientific knowledge. 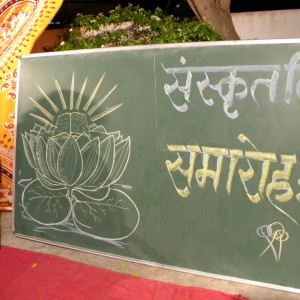 How would in world Sanskrit language would help IIT-ians to manufacture new machines – is the question diffusely taking rounds on social networking sites contiguously. Smriti Irani’s endeavor to include Sanskrit language in IIT curriculum has spread the air of hysteria across the nation.

Deputy Chief Minister of Delhi, Manish Sisodia was noticed mocking at Irani by saying, One should understand Sanskrit is the only language which can compete with C++, Java, SOL, Python, Javascript or All computers in India using languages like C+, Java, SOL, Python should be declared antinational once IIT-ians learn working in Sanskrit.

Internet surfers made the most of this event through their snickers by virtue of their criticism which could be recognized in their words as few mentioned, Smriti Irani wants IITs to teach Sanskrit, It seems that she thinks that Ministry of Human Resource Development stands for Hindu Rashtra Development Ministry or Brilliant step by Irani, next should be reading horoscopes while others snapped by asking, ‘How would students at IIT’s now write the chemical formulae in Sanskrit?’ Or ‘What is Thermodynamics called in Sanskrit?’

But there are some people, who believe that it can be a good initiative if implemented well, like the Director of Creative Academy Pune, Naushad Shaikh. Creative Academy itself is an institution, which is preparing its students for IIT exams in near times, for whom learning and fun go hand in hand.

5 Responses to :
Naushad Shaikh has a different take on Smriti Irani’s comments