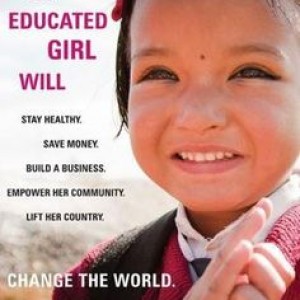 The subject of education for girl child has become one of the major concerning issues in our society. Despite all the progress and advancement, girls are subjected to discrimination in accessing education. Dirnector, Naushad Shaikh, Creative Academy Pune firmly supports the ‘Concessional education loan for girls ’ policy by Maneka Gandhi, which strives to ensure education loans at concessional rates for girl child. He believes that there arises a dire need to promote education for girls and gender justice for the over-all growth and development of a nation.

Many efforts have been made by the union minister Maneka Gandhi to promote education for girls in our country. After the success of “’Beti Bachao Beti Padhao” scheme, which was extensively promoted and supported by Prime Minister Narendra Modi, Maneka Gandhi wrote to the HRD minister Smriti Irani and finance minister Arun Jaitley, seeking education loans at concessional rates for girl child.

Maneka wrote to Mrs. Irani highlighting the fact that parents often discriminate between girls and boys when it comes to sending children for higher education. Girls are often denied the privilege of higher education or specialised courses as their parents do not wish to take a loan for their daughter’s education.

The concessional education loan for girl’s policy is yet another attempt by the women and child development minister to ensure welfare of girl child, seeking support from HRD minister and finance minister. This will help in promoting girl’s education by providing cheap education loans with less rate of interest to girl child. Keeping in mind the plight of our country, Mr. Naushad Shaikh highlighted that it is imperative to ensure such measures to ensure the growth and development of girl child.