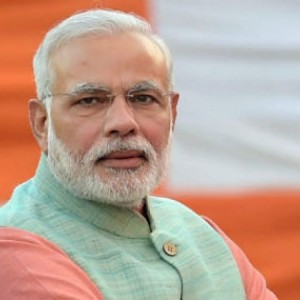 After NDA announced to fight 2019 lok sabha polls under Narendra Modi, it ended all speculations about who will be the Prime Minister of India in 2019

The National Democratic Alliance (NDA) is optimistic about winning the 2019 Lok Sabha Elections under the world-famous leadership of Prime Minister Narendra Modi. The resolution was expressed during the NDA dinner meet organized on April 10, at the Pravasi Bharatiya Kendra located at the capital’s diplomatic enclave.

Sticking to the agenda of the meeting ─ winning big in 2019 ─ NDA members endorsed the policies implemented by the Modi government during its reign over the last three years. Also, a discussion was held on BJP’s impressive win in the latest Assembly Elections. A statement passed by NDA stated, “The BJP’s victory in recent assembly polls is a mandate on pro-poor policies and public welfare schemes of NDA government. The results established Modi as most popular Prime Minister of the country after independence.”

Finance Minister Arun Jaitley appreciated the bold leadership of PM Narendra Modi. He mentioned, “There is a nationwide appreciation and support of the work done by Prime Minister Narendra Modi. We have strengthened the federal structure of the country. In the last three years, we have given a corruption free government. We are winning election after assembly election because of this.”

Praiseworthy of Modi’s decisive governance, TDP Chief and Andhra Pradesh Chief Minister N. Chandrababu Naidu also stated, “India is the only economy which can achieve double-digit growth. Even China can’t. This is possible only under Modi’s leadership. Sustainability will come with stable government.”

Supposedly, the decision to contest the 2019 Lok Sabha battle under the stewardship of Narendra Modi was taken “unanimously”. Certainly a statement of political intent, the resolution said, “To continue with the development and poor welfare programs, NDA urges the citizens of the country to be determined to give a huge majority to NDA under the leadership of Prime Minister Narendra Modi in 2019.”

There’s another side to this story. The NDA conference also presented an insight to the ever-changing Sena-BJP ties. Shiv Sena chief Uddhav Thackeray’s presence clearly points towards his efforts to iron out the differences between the two allies. This was expected, especially in the wake of the political strife between the Maharashtra BJP and the Sena, followed by the latter’s unsatisfactory performance in the Maharashtra municipal polls.

The “positive” NDA meeting clearly hints towards the genesis of Modi Wave 2.0. But is the ‘strengthening of the party’s roots’ limited to the Lok Sabha elections of 2019?

Whether the solidarity exercise was meant to brighten BJP’s prospects in the upcoming Presidential elections is the question that arises now. Not to forget, President Pranab Mukherjee’s term is ending in July this year!