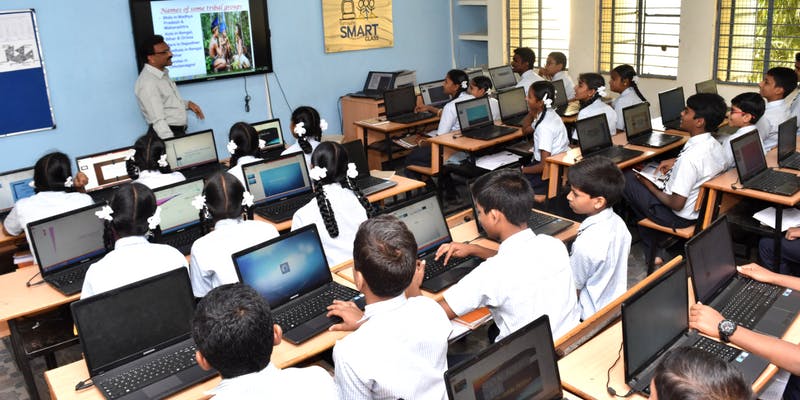 Carving a niche demands a lot of courage, persistence and will power. India boasts of several daring entrepreneurs who chose the road less taken. Just like every other industry in India, the education sector too has innovative industry leaders. Let’s have a look at some of them:

Shantanu Prakash is credited with bringing in a revolution in the Indian education sector by bridging the gap between technology and learning. His venture Educomp Solutions is based on the concept of ‘smart learning’. What makes Educomp remarkable is the fact that it was started at a time when technology had just made inroads into India. Started in the late ’90s, Educomp Solutions is the result of Shantanu Prakash’s innovative and progressive mindset.

More than two decades later, Educomp Solutions has empowered over 30 million learners in 65,000 Indian schools through its ‘smart learning’ approach. It has popularized as well as made tech-aided learning accessible through smart class setups, interactive videos and customized learning modules. Learning has never been the same in the Indian schools ever since the company brought about the ed-tech revolution.

A first-generation entrepreneur, Ronnie Screwvala was a media pioneer before foraying into the ed-tech sector. In July 2015, Screwvala along with Mayank Kumar, started their ed-tech venture ‘UpGrad’. An online higher education platform, UpGrad provides rigorous industry relevant programs that can be accessed anytime, anywhere.
In a bid to empower individuals reach their full professional potential, UpGrad provides the most engaging learning environment. It creates an immersive learning experience by serving a combination of the latest pedagogy, technology and services. With an initial corpus of Rs 100 crore, Screwvala aims to raise Rs 400 crore in the next 3-4 years for the venture.

BYJU’s is a popular education venture. Hailing from a small village in Kerala, its founder Byju Raveendran launched the programme, aiming to help CAT aspirants by creating a video-based learning setup. His venture BYJU’s has garnered a lot of attention from the media and students alike. The ed-tech firm is backed by powerful international investors that include the Chan Zuckerberg Foundation and Tencent Holdings.

Byju Raveendran believes that technology can carry the skills of the best teachers to students to the remotest corners of the country.

According to him, it all depends upon how you personalize learning, based on the students’ pace and style of learning. Adhering to his beliefs, BYJU’s offers preparation programs for various entrance exams, apart from teaching the complex concepts of math and science to schoolchildren from Class 6-12.

5 Responses to :
Visionaries who rode against the tide and transformed India’s ed-tech scenario