Enjoy the beneficial timeshare with Golden Weeks in Dubai 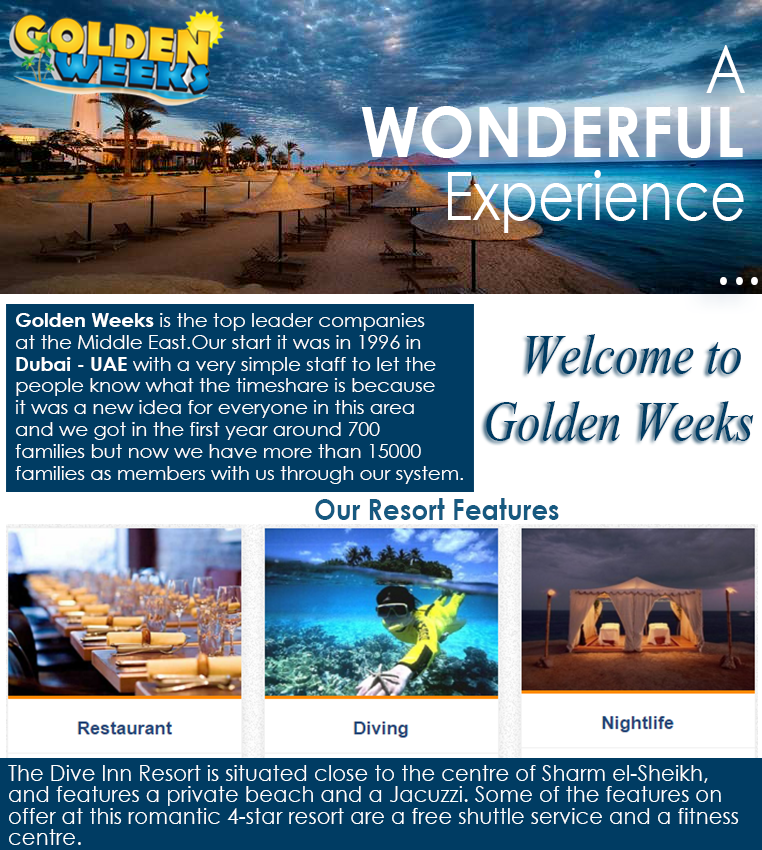 Ever thought to spend your leisure in another country with your family and friends, where you see either endless sea or limitless sky, or both? Well, that also happens in case you choose the perfect destination like Dubai with Golden Weeks

The UAE is quite a tourist attraction for the elite and enthusiastic world explorers and that is why the city has introduced so many places to hang around, masterpieces to praise and hotels & resorts, where the concept of Timeshare is being offered; just like Golden Weeks, which is one of the pioneering timeshare companies in the Middle East.

The timeshare concept was undoubtedly introduced in the UK but Middle East’s Golden Weeks is proving its mettle to the world that it has something unique to offer as well. The year 1996 was the turning point in the history of Dubai when Golden Weeks came in inception. It grew from a client base of 700 to 15,000 in a short span of a decade and a half. The pillars on which this resort laid its foundation are reliability and flexible rates of the resort apartments.

The proximity to Sharm el-Sheikh adds a cherry on the top of a private beach and Jacuzzi cake, which are being offered at Golden Weeks along with a fitness centre. The Golden Weeks Resort has been strategically located within the periphery of El Hadaba’s shopping precinct for its customer’s convenient stay.

On the Red Sea Shore, professional scuba diving instructors have been assigned the responsibility to show the magical underwater world to those staying at Dubai.

Golden Weeks Real Estate has a reliable name associated with it, Interval International, which is based in Miami and operates vacation ownership programs in almost 100 countries. Your annual contribution in total overhead is based on your stay period only, rather than the year-round maintenance charges.

This time, don’t get involved in the matter of annual maintenance which undoubtedly costs you a lot, go for timeshare concept, which not only helps you save money but also spend your leisure without any worry.