Jagmohan Garg shows a glimpse of Real Estate market in 2017

For the real estate world, 2016 began more promisingly than 2015, but it didn’t end that way. Jagmohan Garg, DMall owner stats “Policy reforms such as demonetization by the government, which disrupted economy in the short term, are expected to augur well for the industry as a whole in the long term.” 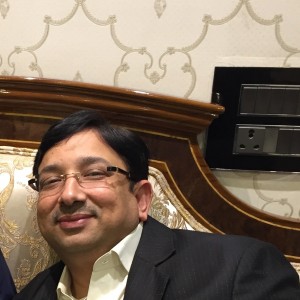 Global developments like the US presidential election and Brexit are expected to have their effect on the real estate sector in India. 2016 will be remembered as a watershed year in Indian real estate’s history.
All factors mentioned above directed us towards a subdued inception for 2017. With walk-ins, enquiries and sales drying up as by-product of demonetisation, the first two quarters of 2017 are expected to be slow for the realty market.
Consumers are largely in a wait and watch mode, demand has been subdued due to the possibility of property prices going down along with sliding home loan interest rates. Likewise, tax benefits in the upcoming Union Budget are going to be another factor that could hold back demand for property in the initial quarters of 2017.
By May 2017, RERA will come under implementation process. The after effects of legislations like GST and the benami Act coupled with demonetisation will further increase reliability and transparency in the real estate world. This will also boost institutional fund flow at competitive rates, which will pull the market out of the woods.
To conclude, the impact of demonetisation is a transient one and the economy will undergo structural changes for the first three quarters of 2017. Jagmohan Garg news adds, “Expect enterprises to streamline their business processes to adhere to the upcoming transformed business environment.” The end of 2017 is most likely to see the initiation of a sustainable and robust growth trajectory for India’s real estate sector.