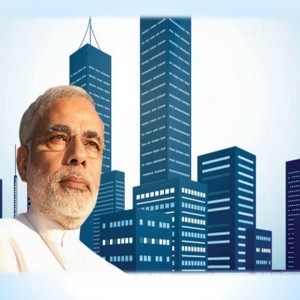 The real battle started post-independence where Indians are striving hard for bringing the title of golden bird back to our country. Government has played a vital role in the past and is still making prominent efforts for the achievement of the same.

Keeping the Pradhan Mantri Awas Yojana in mind, Pawan Kumar Dhoot apprises that construction of houses would create considerable employment opportunities for the mid segment of our country. He appreciates that Pradhan Mantri Awas Yojna intends to address the housing needs of the maximum and more specifically the poor, in a time bound manner. Pawan Kumar Dhoot is the Managing Director of Dhoot Group.

Honourable Prime Minister of India, Narendra Modi launched Pradhan Mantri Awas Yojana in June lat year, with an aim of constructing more than two crore houses across the length and breadth of the nation within a span of next seven years.

The implementation is spread over three phases, where over first phase, a total of 100 cities, second phase, 200 cities and in the last phase the leftover cities would see the conclusion of developmental work.

Pradhan Mantri Awas Yojana would target specific groups from the society, which are Women, irrespective of caste and religion, Economically Weaker Section of Society (EWS), Scheduled Tribes (ST), Scheduled Casts (SC). The Government of India would also be granting a subsidy ranging from Rs 1 lakh to Rs 2.30 lakh to people from these categories so that they can buy a home for themselves and their families.

The subsidy of 6.5 percent interest on the housing loan will be given to all the beneficiaries for the duration of fifteen years. For example, if someone buys a property currently on a loan of Rs 6 lakh for tenure of 15 years today, he/she would have to pay an EMI of Rs 6,632 per month currently. However, with 6.5 per cent subsidy under the scheme, the beneficiary would have to pay just Rs 4,050 per month as EMI. Thus, there is a significant reduction of Rs 2,000 in the EMI itself.