Ravi Group take on the Real estate laws of states 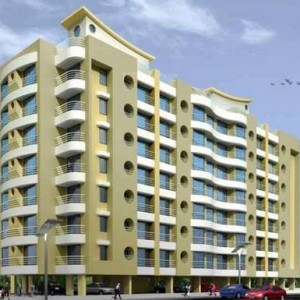 Ravi Group’s take on the Real estate laws of states

Ravi Group is one of the most concerning real estate builder and developers in India. According to the personal view, the additional tax breaks introduced in the Union Budget 2016 has brought in cheer for the home buyers this year. The year has been favorable for the property seekers and investors, so far. The interest rate on home loans is likely to cut down with the decrease in interest rates on small deposits. Ravi Group, a prominent name in the real estate sector highlights that the passing of the Real Estate Regulatory Bill has proved to be favorable for the realty sector as it has created a regulator to supervise all the activities in a sector known for deceitful and crooked dealings.  The regulator will have the authority to keep a check on realty business across the country. However, the Act comes under the purview of the Concurrent List and hence both the Union and the states can legislate. This can lead to confusion and chaos as most states have their own real estate legislations.

For instance, there are a few differences in the clauses of Karnataka Apartment Owners Act, 1972, which regulates most of the property transactions and the Real Estate Regulatory Act, 2013 (RERA).  The new Real Estate Act does not automatically amend the Karnataka Apartment Owners Act.  Ravi Group developers highlight that the glaring differences between RERA and the state laws become a major problem which directly affects the interest of the home buyers. For instance, According to RERA,   the documents must be registered if more than 10% of the value of the property is charged as an advance payment. On the other hand, the Karnataka Apartment Owners Act states that the document needs to be registered f the advance are 20%. Many buyers, after taking the possession of their flats realize that the quality of the project is not what the developers claimed it to be at the time of purchase. The most common issues pertain to leakage, uneven plastering of walls and electric wiring, faulty alignment of doors, window frames and grills and sub-standard flooring. Ravi Group is at the forefront of ushering a change in the real estate segment with an idea that’s truly revolutionary and pragmatic. Our awe-inspiring projects are built with state-of-the-art technology in some of the finest locales; one that promises a resplendent lifestyle while guaranteeing handsome returns in the future.

One Response to :
Ravi Group take on the Real estate laws of states