Dimitriy Balandin made history for Kazakhstan in Rio Olympics 2016 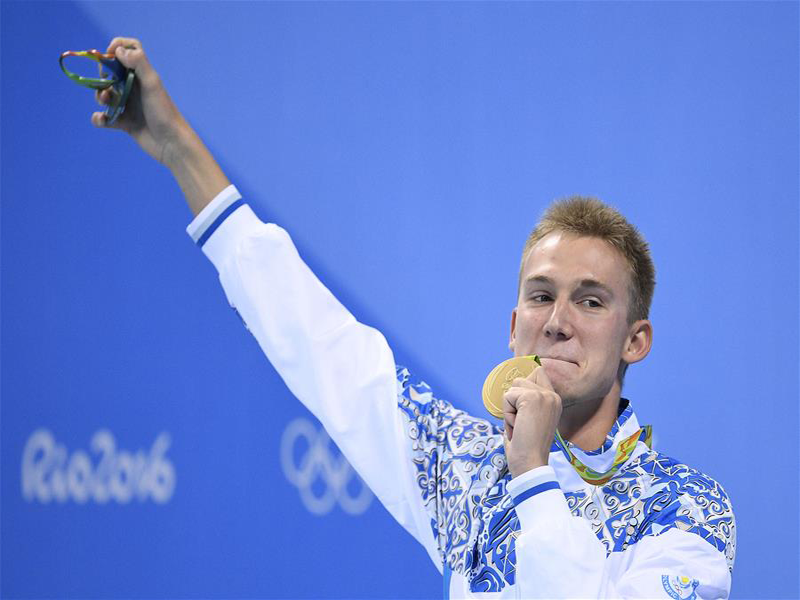 Dimitriy Balandin made history for Kazakhstan by pulling off a stunning upset in the men’s 200-meter breaststroke on Wednesday night, winning from the eighth lane to put his central Asian country on the swimming medal stand for the first time in Rio Olympics 2016.

Kazakhstan has its first Olympic swimming medal. A gold one, at that.

In the men’s 200m breaststroke, Balandin beat silver medalist Josh Prenot, of the USA, by seven-hundredths of a second in a time of two minutes and 7.46 seconds. There was less than a second separating the first seven swimmers. And, Balandin, in lane eight, was actually the slowest of all the qualifiers.

Yasuhiro Koseki of Japan went out fast and was more than a second under world-record pace at the final turn. But Balandin was right with him in the outside lane, and Koseki couldn’t keep up the pace.

Balandin touched in 2 minutes, 7.46 seconds. Josh Prenot of the United States claimed silver in 2:07.53, while Russia’s Anton Chupkov landed the bronze in 2:07.70. Koseki faded to fifth.

Making Balandin’s victory even sweeter was that it came just minutes after countryman Nijat Rahimov won Kazakhstan’s first gold medal in any sport at the Rio Olympics when he posted a world record to win weightlifting’s 77-kilogram class.

There were also gold medals in Rio Olympics 2016 in the pool for Spanish swimmer Mireia Belmonte in the women’s 200m butterfly, for Kyle Chalmers of Australia in the men’s 100m freestyle, and later for the USA team in the women’s 4x200m freestyle relay. Trailing Australia going into the last leg, swimming superstar Katie Ledecky soon clawed back the gap and eased to victory.

You can think Rio Olympics 2016 can be more exciting, coming with lots of surprises.

2 Responses to :
Dimitriy Balandin made history for Kazakhstan in Rio Olympics 2016