From Football to Sprinting: Hima Das’ story will make every Indian proud!

If there is one sportsperson who is currently trending in India, it’s a 19 year old “Hima Das”. Within a span of just 20 days she has won 5 gold medals, with her most recent gold coming with the season- best 52.09 seconds in Prague.

Let’s look at the journey of this ‘Dhing express’:

Born in a farmer’s family near the town of Dhing, Assam, Hima Das was initially interested in the game of football. She played the game with boys at her school and had always wanted to pursue a career in football. However an advice from her teacher changed the whole scenario and she decided to turn her attention towards sprinting. It has been rightly said that “fortune favors the brave” and Hima Das proved this when she became the first Indian athlete to win a gold medal at an international track event. 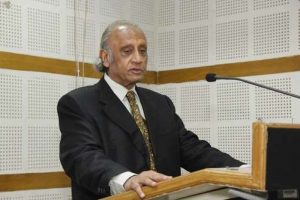 Sanjay Dalmia, the renowned nationalist said that we often overlook the talents and diversities of humble Indian families. They are very strong willing, country lovers who are ready to do anything to bring glory to our nation. Hima Das is one such strong and talented girl who hasn’t only brought fame, respect and medals to the nation but has also given a different perspective to the mindset of general public, he added.

How Hima Das became the golden girl of India?

Hima Das first competed in the 2018 Commonwealth Games held at Gold Coast, Australia, where she finished sixth at 400 meters race, behind the winner by just 1.17 seconds. This boosted her confidence and she soon went on to set the national record to 50.79 seconds in the 400 meters held at the 2018 Asian Games.

She was conferred with the ‘Arjuna Award’ in September 2018, by the President of India for her commendable achievement. It was soon followed by her appointment as the India’s first ever youth ambassador of UNICEF- India and the Assam’s brand ambassador.

These accomplishments at such young age are awe- inspiring and motivating for every person in India and abroad. We might also be looking at a future Olympic winner here, said Sanjay Dalmia, who is very proud of Hima’s success.

Hima Das is now certainly a brand and carries huge responsibility on her shoulders. Her recent performances are the epitome of how willing and positive she is with her ambitions. All of us Indians are very proud of her success and hope that our motherland continues to produce such gems.