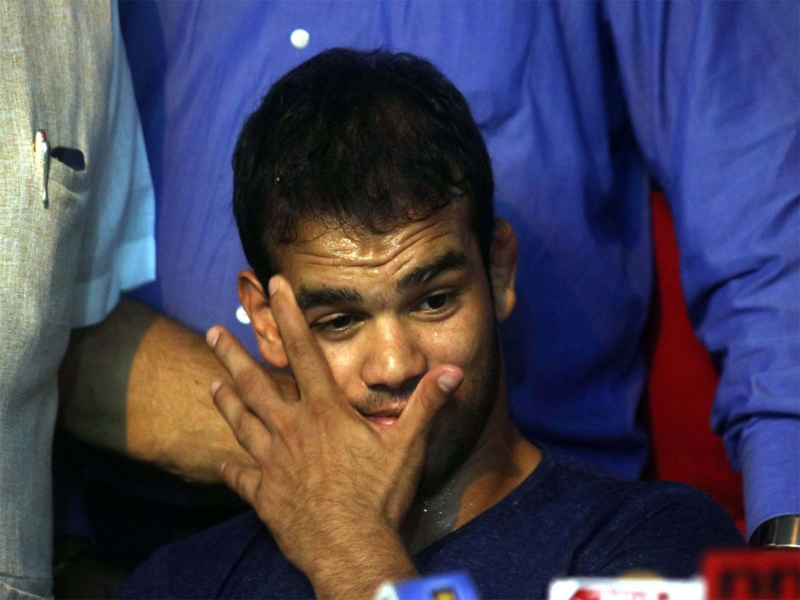 Narsingh Yadav, a well-known wrestler, banned for 4-years and is now out of Rio Olympics 2016. He will not compete in 74kg category anymore.  This Indian wrestler banned by the Court of Arbitration for Sports, CAS will not compete in the Wrestling match scheduled against Zelimkhan Khadjiev, from France. He has been banned after National Anti-Doping Agency; NADA tested for the anabolic steroids and results were seen positive.

Narsingh Yadav justified his test results as a part of a conspiracy by his rivals who did some experiments with the food or drinks; he took before the test. The World Anti-Doping Agency, WADA challenged NADA India report before the ad hoc division of the Court of Arbitration for Sports. Two of his anti-doping tests that were taken on 25 June and 5 July 2016 that proved him faulty were the results of sabotage, or we say his rivals had done some tampering with the food and drink he took before the show.  WADA asked the court to impose ineligibility on the athlete.

NADA had cleared the Narsingh of all of the doping charges, many days before the Olympics claiming that the wrestler was a victim of ‘sabotage’ and needed a chance to clear the doubts about his character. However, soon these hopes of his were shattered when The World Anti-Doping Agency challenged this decision of National Anti-Doping Agency and moved to the court expecting that, the court will hear their plea against the ban of this great wrestler from the field for complete four years from now.

Mr. Narsingh Road to Rio Olympics was not easy. He came through various hurdles, winning a bronze medal last year, at the World Championships. He represented India going ahead of Sushil Kumar, a well-known double-Olympic medalist.

Share your views on what you think of Wrestling champion Narsingh Yadav getting banned in Rio 2016 in dopping by NADA and WADA opposing the decision. Is it right?