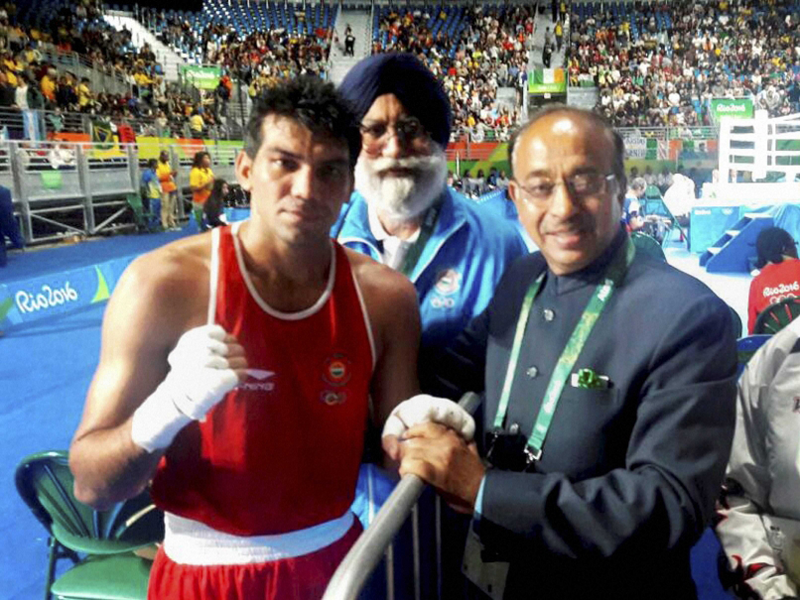 With Rio 2016 making controversies every day, there is yet another incident which has brought the Indian Sports Minister Vijay Goel in news. As India is not making good scores in Rio Olympics, the news of cancellation of our Sports Minister adds to big disappointment to Indians who cheer our Indian heroes.

Rio Olympics organisers have threatened to cancel his accreditation if unaccredited people accompanying him do not end their “aggressive and rude” behaviour.

According to the reports, the alleged IOC letter was in response to the fact that besides not having accreditation for the areas where only accredited people are allowed, the people with Goel have been ‘aggressive and rude’, the behaviour which is completely unacceptable.

The alleged letter sent by the Rio Olympics Committee to the Indian Chef-de-Mission Rakesh Gupta notified him of the incidence and their decision to cancel Goel’s accreditation if such incident is reported from any of the venues in the coming days.

The spokesperson said that there have been multiple reports of Sports Minister trying to enter accredited areas at venues with unaccredited individuals. When the staff tries to explain that this is not allowed, they report that the people with the Minister have become aggressive and rude and sometimes push past the staff.

Goel is here to cheer for the Indian contingent and monitoring requirements at the Games Village.

If alleged letter sent by Rio Olympics is to be believed it is a shame for India. This kind of behaviour does not depict good conduct and moreover Indian athlete’s privacy and focus is very important.

The athletes need not be disturbed and protocols of the event should not be compromised for any person.

The point is that Should Ministers show this kind of conduct on a global event like Rio Olympics.