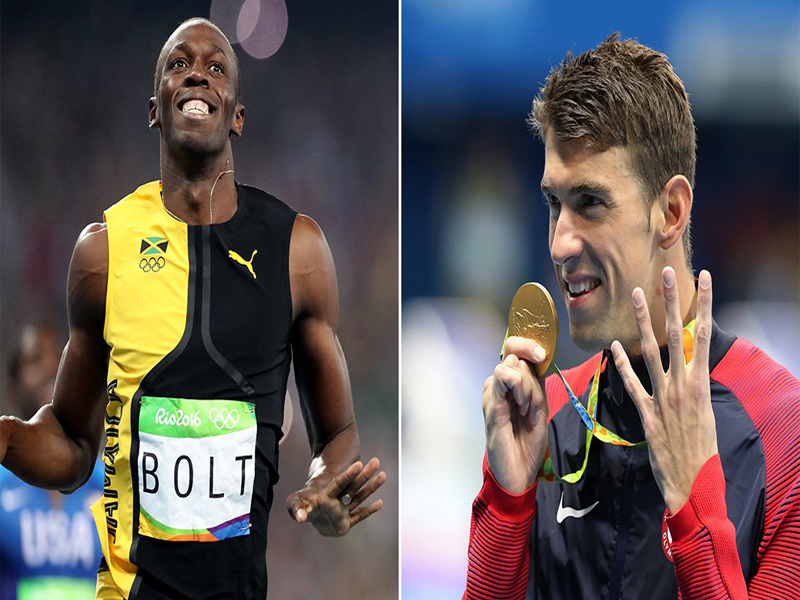 A lot of controversies have occupied the grounds of Rio Olympics 2016, but this Olympics itself has given some of the memorable events that have left everyone speechless. Now the biggest question is who is the best Olympian Usain Bolt or Michael Phelps of Olympian history? Michael Phelps, possessing one of the most medals and Gold medals are ever seen in the history of Olympics has once again proved his caliber by winning five gold medals and a silver one in this Rio Olympics. Usain Bolt from Jamaica, on the other hand, celebrated his grand success after a win in the 100m race. No one can rather be faster than this man on the planet Earth. When Phelps’ game was heading to a close, Usain Bolt took over the ground and soon came into the spotlight. He became the first man to be crowned as the fastest man on this planet. He already owed seven gold medals and is delivering commendable performance to make it nine in the 200m relay race and 4x100m relay race. This is rather a rare combination when the two greatest stars are competing at the same time. Both of them are working hard to make their Olympics, a stunning one. Both had gained significant fame before reaching Olympics. Michael Phelps aged 31, best known as the greatest swimmer and Bolt aged 29, for the dominant sprinter of all times.

Both have really played exceptionally well, and it is really a challenging task to compare them in the ongoing debate. There is no other dominant image than these players in the Rio Olympics? The greatest debate is on grounds for searching the best of Usain Bolt and Michael Phelps in order to find the greatest Rio Olympian ever.