Think with Me Book – An Assembly of Indian Socio-political Issues 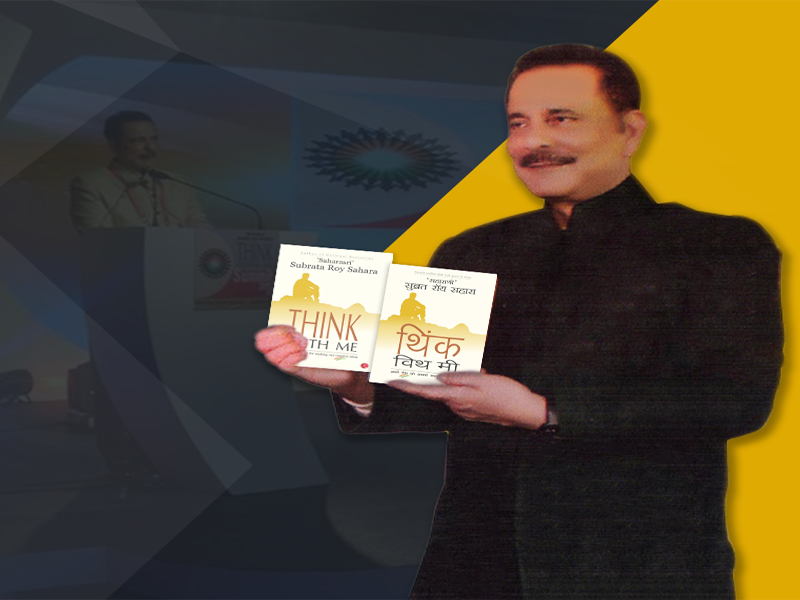 Think with Me Book – There must’ve been hundreds of books that point out the shortcomings of India. Most of them use a dark shade of language and a cynical perspective. Books like Gujarat Files and Unquiet Land have addressed problems in the Indian society, but a majority of the readers will agree that the books attempt to stir reactions rather than bring about a solution. In the meantime, Saharashri Subrata Roy penned a book during his difficult days that pushes you face-first in the issues that ail the average Indian society and the political establishment.

In his book titled Think with Me, Subrata Roy illustrates the crisis involving religion, electoral system, population, education, and media in India. The amalgamation of problems in these five areas contributes a lot in the hindrance of Bharat’s exponential development. It’s expected, many might cry hypocrisy that such a book is coming from someone who has been a corporate head. But when you actually go into the details of Think with Me, you’ll be surprised to find mind-boggling facts that can rally out the patriotic social warrior in you. For example, in the Media chapter, Subrata Roy calls out the negative news mongers (presstitutes is what the aam junta often calls them) who sour the atmosphere even on happy occasions.

The weight of  Think with Me Book can be too heavy for densely-opinionated individuals. It would be better if you keep your mind as a clean slate when reading this book. Many might argue that this book is a generic commentary on the over-banged problems of India. However, they fail to realize that a complex book with difficult jargons does very little in educating the masses. Instead, a book with hard-hitting comparisons and morale-boosting tales is the need of the hour. Let’s take a moment to thank Saharashri for his effort in the development of this fabulous book.

3 Responses to :
Think with Me Book – An Assembly of Indian Socio-political Issues