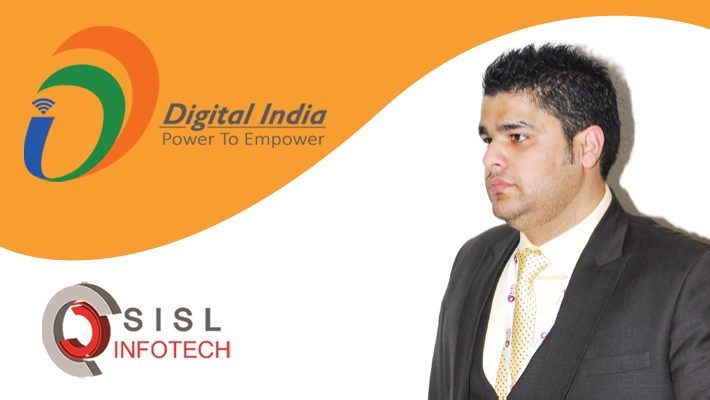 PM Modi has emphasized on entrepreneurship and job creations. Running ahead in the leagueof such start-ups is SISL InfoTech, started by young entrepreneurs Akash Nangia and Arjun Mittal. The youth of the country seems inspired by the various movements which are being brought about by the prime minister and is very much evident in the success of SISL.

The hard work of Akash Nangia and Arjun Mittal has been rewarded manifold with the success of SISL. They have come a long way since their days of college in Shri Ram College of Commerce, Delhi University, where Akash majored in Economics and Arjun graduated in Commerce. They both had their fair share of individual success before partnering up. While Akash Nangia worked as the Vice President with Zomato, Arjun worked as a consultant with McKinsey.

Akash Nangia has said that he and Arjun were enjoying their respective jobs but they always had a knack for exploring. The timing was perfect as India was getting prepped up for a digital revolution and they both realized that they had to materialize the idea that they had brewed up together; providing Digital and Web Security Solutions. They started SISL InfoTech in 2012 and since then the progress has been more than satisfactory. It has been even more encouraging when the prime minister lends a fillip to the start ups. PM Modi’s ‘Start up India, Stand up India’ is an exemplary message. This would propel the entrepreneur concealed within people to come out of the closet and innovate.

SISL has been immensely successful. Apart from being partners with global giants like EMC, Red Hat, IBM, Microsoft, Oracle, HP, VM Ware, Symantec, Trendmicro, F5 Networks etc., the company is contributing for MyGov campaign which is an integral part of the Digital India program initiated by Narendra Modi, along with other key projects in public sector like DMRC, NGN with BSNL and many more.